The rapid expansion of China’s political, economic and military power in the Indo-Asia-Pacific presents opportunities and challenges for the region. China’s rapid military buildup and assertive behavior could heighten tensions, especially over regional maritime disputes, and produce seriously adverse effects.

A policy of outright containment or isolation of China would be  inappropriate and counterproductive. Regional states should instead seek to improve cooperation among themselves in order to pressure Beijing to conform to, and fulfill its responsibilities under, established international law and norms. They must also establish a defense posture that will allow them to hedge against a deterioration in the regional security environment.

At the same time, regional countries should take every opportunity to involve China in bilateral and multilateral talks to avoid the danger of unintended maritime clashes, prevent inordinate military buildups or an irrational arms race and foster a habit of cooperation among regional militaries. Greater transparency and confidence-building measures will be the keys to achieving these objectives.

In this context, it is imperative that China and other regional states establish bilateral maritime and air communication mechanisms, including holding regular dialogues, setting up hotlines to manage crises, and introducing common military communication systems. China and Japan will hopefully sign such agreements in the near future.

The Indo-Asia-Pacific region faces a range of  traditional and nontraditional security issues. Maritime security issues are of particular importance and must be tackled by regional players. States should reaffirm the need to respect and comply with international maritime law and practice, including the United Nations Convention on the Law of the Sea (UNCLOS). They should also emphasize the importance of freedom of navigation and sea lane security. These are critical elements in further expanding trade safely throughout the sea lanes in the region.

The majority of regional countries strongly believes that China, as a country aspiring to be a strong maritime power, should be more proactive in obeying international maritime laws and norms. Instead China’s assertive behavior in the South and East China seas has caused strong dissatisfaction in the region and heightened its neighbors’ vigilance.

Similarly, regional states want to see the United States ratify UNCLOS as soon as possible. Having all Indo-Asia-Pacific maritime countries become parties to the convention and sincerely respect and comply with it would serve as an important foundation for resolving or at least managing most of the region’s maritime disputes.

In the meantime, regional countries should seek to establish flexible mechanisms for collective maritime security cooperation. Confidence-building through official dialogue and information sharing, and cooperative maritime security exercises to tackle mutual threats would contribute to regional stability by preventing misunderstandings, reducing mistrust, and expanding the scope of common interests.

Regional countries have already displayed such collective maritime security cooperation in combating nontraditional maritime threats. They have made cooperative efforts to tackle common concerns such as counterpiracy, combating illicit trade, and preventing the proliferation of weapons of mass destruction. The region is also exploring greater cooperation on humanitarian assistance and disaster relief, given the Indo-Asia-Pacific’s vulnerability to earthquakes, typhoons and other disasters. Most states in the Indo-Asia-Pacific would like to see the reliable regional maritime powers, such as Japan, Australia, India and the United States, play more important roles in these areas. 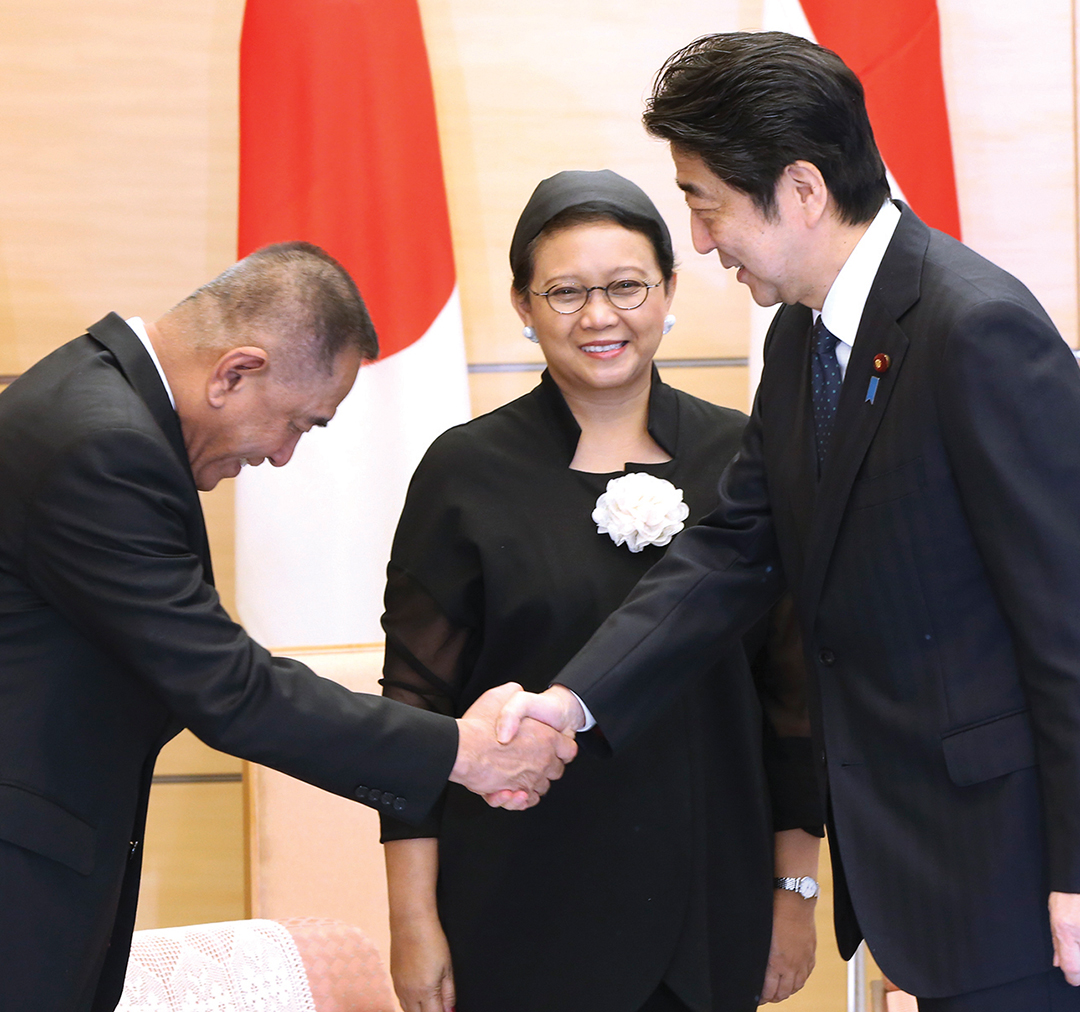 To do so effectively, smaller regional countries that share common interests should join in mini-lateral maritime security coalitions — for instance, by subregion, thereby taking advantage of their unique geographic and strategic needs. These coalitions would need to be backed by the United States, including its naval forces, and by the other responsible regional maritime powers — Australia, India and Japan.

These maritime security coalitions should be allowed to build upon each other, bringing in as many sensible maritime nations as possible to blanket the Indo-Asia-Pacific in a layered, seamless chain of coalition. However, each coalition should remain mini-lateral — containing just a few countries in order to ensure the ability to build consensus within the grouping. This loosely organized by seamlessly connected chain of coalitions could help ensure stability in the region.

Retired Vice Adm. Hideaki Kaneda served in the Japan Maritime Self-Defense Force from 1968 to 1999. He is a director for the Okazaki Institute and adjunct fellow of the Japan Institute of International Affairs. This article has been edited to fit our format. It is reprinted with permission from the Asia Maritime Transparency Initiative.