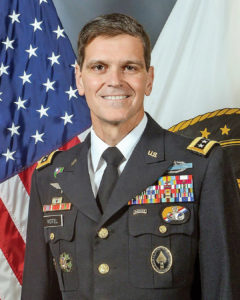 Preserving the sovereignty of independent nations and protecting people from the threats violent extremists pose to security and stability are no small aims. These noble goals require not only a whole-of-government response but also an international commitment to synchronize efforts and build relationships that will enhance each country’s efforts toward peace and prosperity.

As global news outlets shine spotlights on the atrocities of terrorists and their tentacles of influence and violence across the world, what does not always make headline news are determined and continual efforts to protect the sovereignty of nations and return stability to conflict-ridden areas of the world. Military officials, government leaders and other experts continually work to counter and defeat terrorists. While airstrikes and other military operations are one element of the fight, global partnerships and international dialogue aid in the ultimate defeat of violent extremism.

“Our network is strong and growing,” said Gen. Joseph Votel, when he was commander of U.S. Special Operations Command (USSOCOM). He has been nominated to be commander of U.S. Central Command (USCENTCOM). “And through our network, we will defeat those transnational flows that threaten not only our own sovereign security, but global security as a whole.”

One such initiative is the Sovereign Challenge program, established in 2004 by USSOCOM. The program serves as a platform for networking, as well as a way for representatives from partner nations to examine extremist threats and develop relationships and a shared understanding of the international challenges to preserving sovereignty and security across the globe.

“This is a truly unique program — there is nothing else like it,” Votel said.

Each year, Sovereign Challenge brings together government and military officials, such as defense attaches posted to the United States and special operations forces professionals. In recent years, academic, industry and other security experts have also joined Sovereign Challenge conferences, seminars and other events where issues such as security, extremism, territorial integrity, terrorist finance networks, internal stability/conflict and transnational crime are discussed.

“The Sovereign Challenge program is one of the tools that help the command look at problems differently. It makes USSOCOM more culturally astute and brings people, capabilities and ideas together to help address some of our most pressing international problems,” Sovereign Challenge Program Manager Larry Cook said.

In September 2015, officials met for a workshop in Washington, D.C., on the topic of Challenging Extremism: Engaging the Successor Generation. One of the themes discussed was social media’s role in today’s fight against the terrorist group Islamic State of Iraq and the Levant (ISIL).

The level of strategic dialogue at Sovereign Challenge events has attracted high-level participation from across the world. The April 2015 gathering brought together more than 200 participants from 81 countries, including Indo-Asia-Pacific nations such as Australia, Bangladesh, Laos, Mongolia, Nepal, the Philippines, and Thailand.

During the conference, Her Royal Highness Maj. Gen. Princess Aisha bint Al Hussein, the then-defense attache of Jordan to the United States, spoke about her country’s struggle to defeat terrorism. Sharing borders with Syria and Iraq, Jordan has been troubled by the neighboring conflicts. 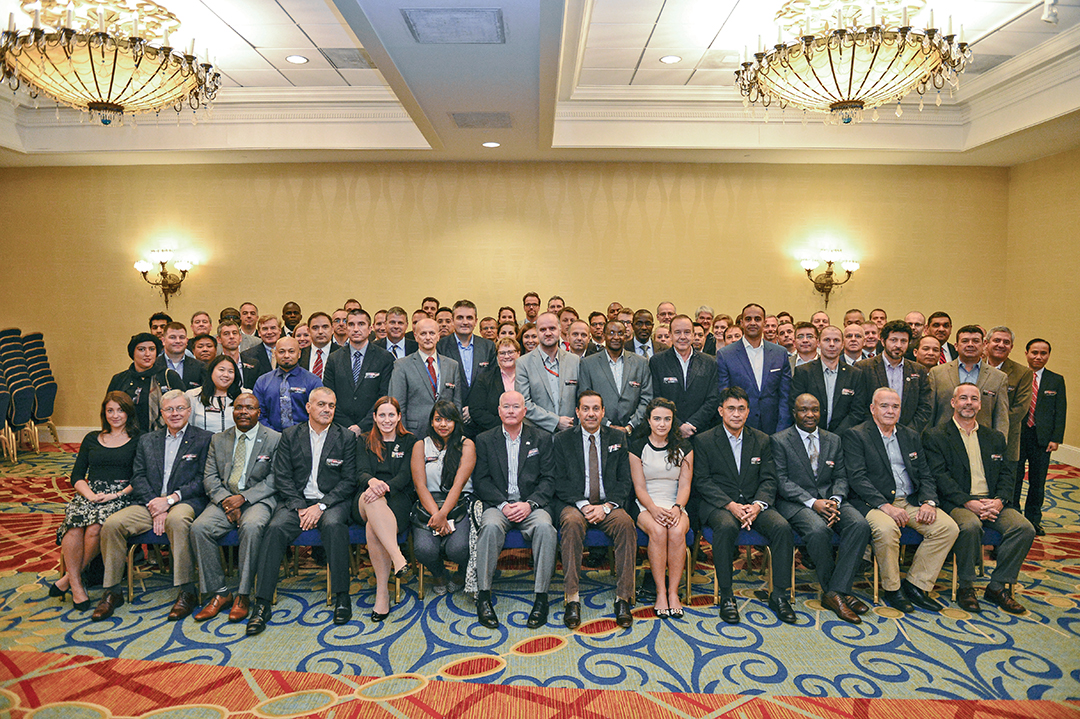 “Jordan is no stranger to the chaos that surrounds it,” Maj. Gen. Aisha said. “Ten years ago, we mourned the senseless deaths of scores of Jordanians at the hands of terrorists who walked into hotels and weddings and blew themselves up. A mere couple of months ago, we mourned our pilot Muath Kasasbeh — may God rest his soul — whose barbaric killing at the hands of ISIL thugs propelled us to move to the next stage in the war against extremism. Our response as Jordan has been swift and strong. We have been hitting targets ranging from weapons and ammunition depots to training camps. And the momentum continues.”

She explained that the fight against ISIL is a global concern as a long-term ideological war that has spread across the Middle East and into Africa, Asia and other regions of the world. She also urged nations to address the plight of marginalized Muslims who have little hope for a prosperous and peaceful future so that they are not easily swayed by extremist ideologies.

“It is clear that we need to eradicate desperation and tackle issues of development and poverty, which rears its ugly head in all parts of the world and in every religion,” she said. “The Middle East particularly faces overwhelming challenges, with youth comprising up to 70 percent of the region’s population. Failed or failing states are the ideal staging ground for these groups to move in, grow and proliferate. We must address such places today rather than tomorrow.”

Much of the conference’s discussion centered on these types of shared challenges that cannot be effectively tackled by any one country.

“Today we are witnessing a new type of transnational threat that threatens our respective sovereignty — flows of people, information and funding that move unimpeded across national borders in support of nonstate threat,” Votel said in a speech before participants. “Ideas, communication, and recruiting propaganda stream across the cyberspace and increasingly motivate radicalized individuals; some migrate to become combatants, and others to enable them.”

Although military powers — especially special operations forces — are integral to neutralizing these threats, Votel explained that it is far from a long-term solution. “Though we play an important role, we are but one instrument of national power. Complex challenges like the ones we face today require the careful and coordinated application of the full range of strategic options — diplomatic, informational, economic, as well as military. And the key to successfully coordinating such an effort lies in the relationships between the various instruments and partners executing each function,” Votel said.

Isabel De Sola, associate director of geopolitics and international security at the World Economic Forum, echoed these sentiments. During the conference, she explained how businesses have both a stake and role in defeating violent extremism. To put the issue concisely: Conflict is bad for business. By offering decent jobs and offering and supporting educational and mentorship opportunities, businesses can have a valuable impact on strengthening societies.

“Companies can help with, promote and extend counterterrorism narratives to those employed by violent extremist organizations,” De Sola said. For example, businesses in the media and entertainment industries reach vulnerable populations and terrorists themselves, making the messages and content important vehicles to disseminate information.

During a Sovereign Challenge seminar in Washington in September 2015, journalist and CNN security analyst Peter Bergen added his thoughts about the increasingly important role of the media in covering conflict.

Examining the threats posed by terrorist groups such as ISIL, al-Qaida and Boko Haram from a variety of angles is essential to developing a strategy that can defeat these organizations on all fronts — ideological, financial and operational. The network of people and organizations supporting Sovereign Challenge is helping accomplish this goal.

“It is through this network that we are able to bring our individual strengths and capabilities to bear against these mutual transnational challenges,” Votel said. “By increasing transparency, communication and collaboration with our partners, we maximize the effectiveness of our collective action.”