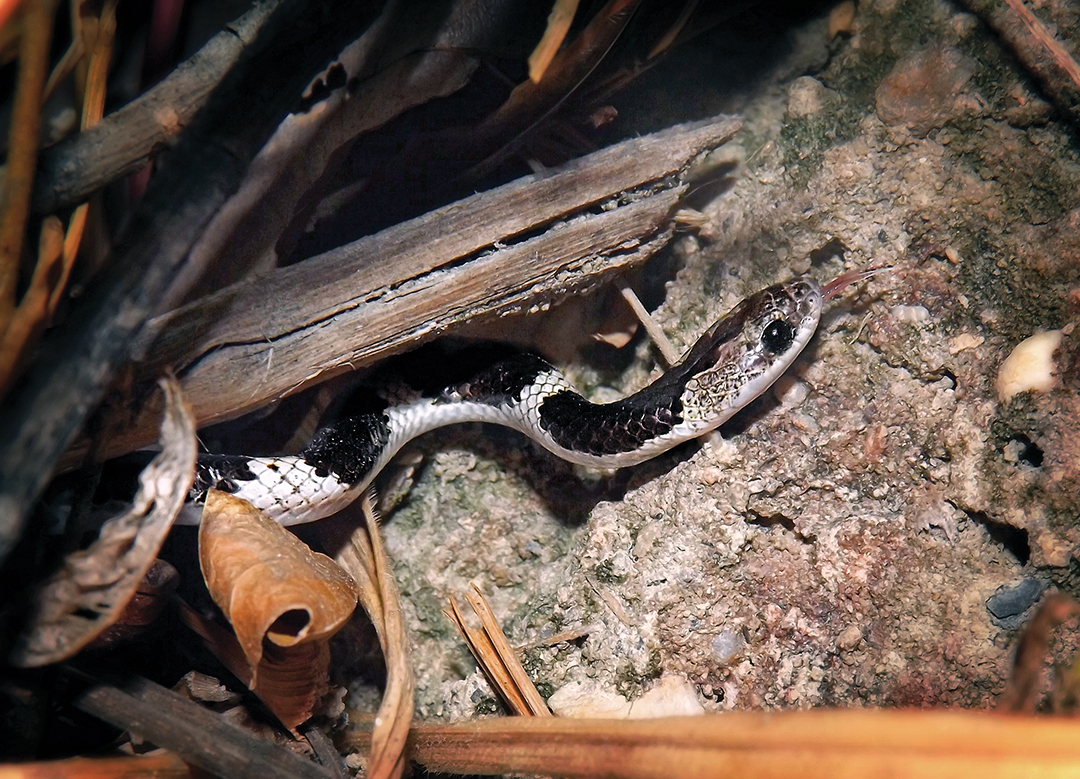 Bangkok’s main international airport has issued an apology after a snake was found on a luggage cart in the arrival hall and startled passengers.

Suvarnabhumi International Airport, built on land previously known as “Cobra Swamp,” said it would like to “apologize for the incident that frightened passengers” in a January 2016 statement.

Passengers spotted the snake coiled around the base of the trolley after a female traveler had loaded bags onto it and was preparing to leave the arrival hall, Thai media reported.

“After being alerted, security officers captured the snake right away and no passengers were injured,” Airports of Thailand said in a January 2016 statement that described the reptile as “a small baby snake” but did not identify the species.

Snake expert Thanaphong Tawan at a Bangkok snake farm run by the Thai Red Cross Society said the snake appeared to be a nonvenomous variety called Dryocalamus davisonii — commonly known as Blanford’s bridle snake — based on a picture taken at the airport and published by Thai media.

The statement sought to “reassure that clear and strict measures have been imposed to prevent all poisonous animals from slipping into the airport’s buildings” and said it was believed “the baby snake managed to slip into the airport because it was very small.”  The Associated Press