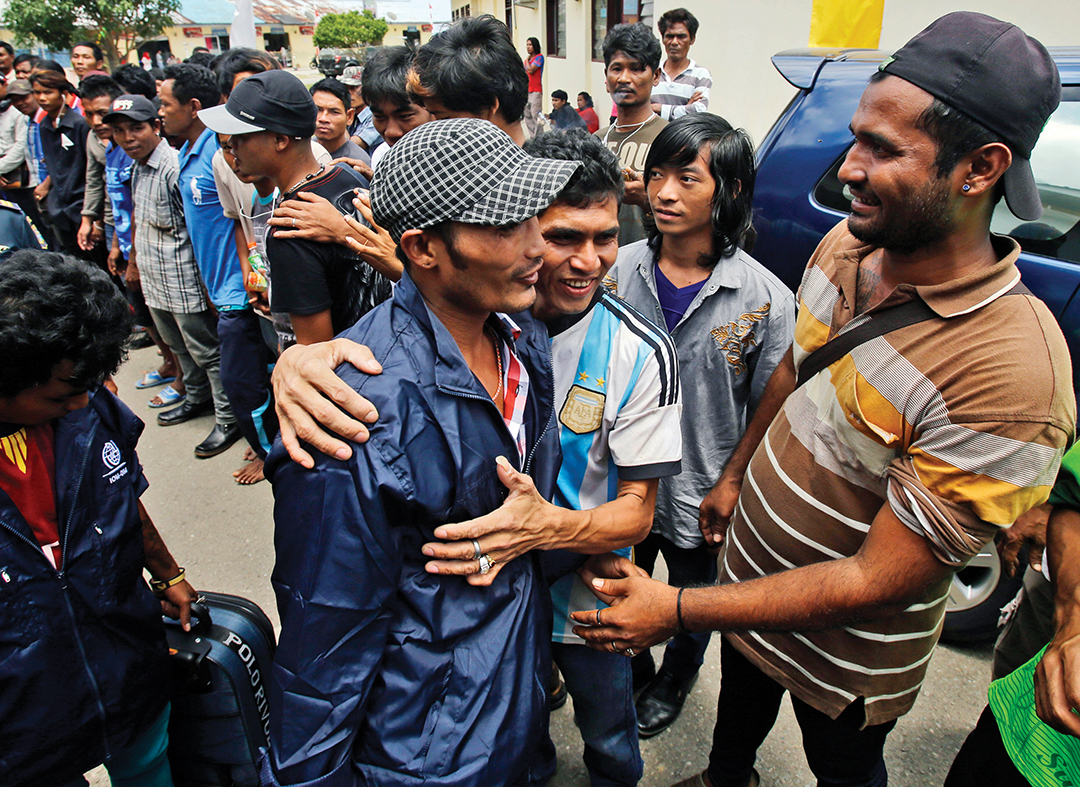 More than 2,000 fishermen were rescued in 2015 from brutal conditions at sea, their freedom prompted by a yearlong investigation into seafood brought to the U.S. from a slave island in eastern Indonesia.

Beginning in March 2014, The Associated Press tracked fish — caught by men who were savagely beaten and caged — to the supply chains of some of America’s biggest food sellers and popular brands of canned pet food.

In response, a multimillion-dollar Thai-Indonesian fishing business has been shut down, at least nine people were arrested, and two fishing cargo vessels seized.

Southeast Asia’s fishing industry is dominated by Thailand, which earns U.S. $7 billion annually in exports and relies on tens of thousands of poor migrant laborers from neighboring Southeast Asian countries. Even with the increased global attention, many still are forced to work in the seafood industry.