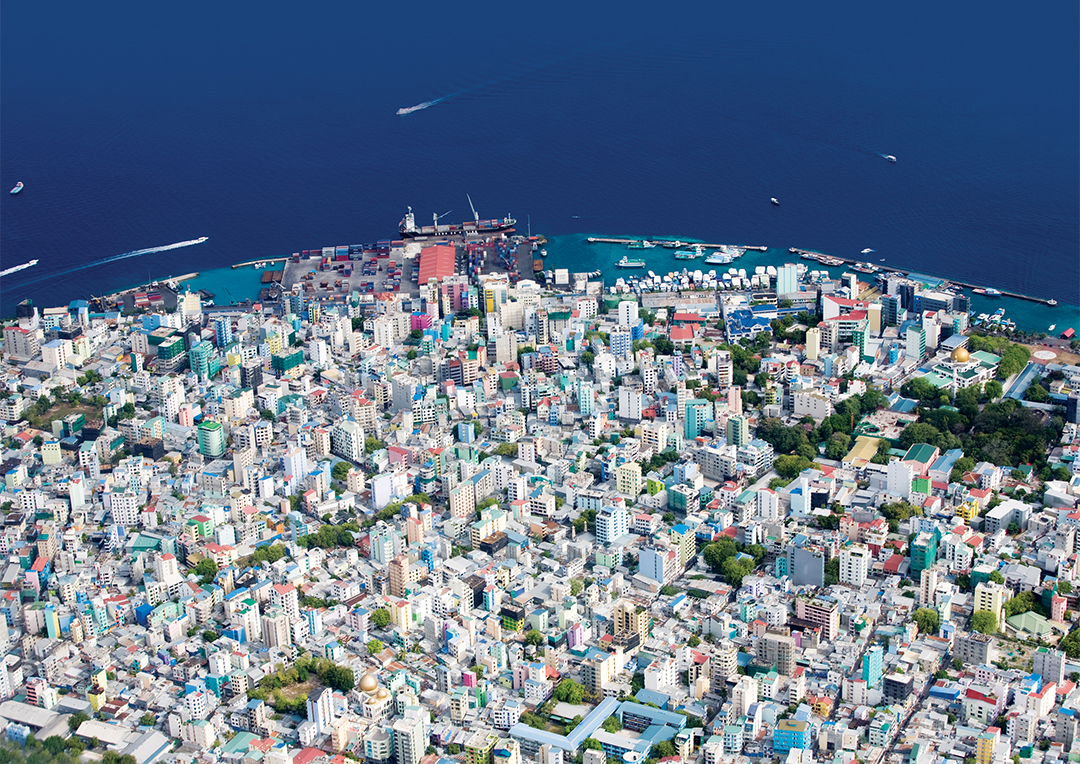 Brig. Gen. Zakariyya Mansoor joined the Maldives National Defence Force (MNDF) in 1984 and was commissioned eight years later. He was appointed director general of counterterrorism at the Ministry of Defence and National Security in July 2014. He previously served as commander of the MNDF Central Area.

During his more than 30 years of service, Mansoor has held various command and staff appointments including commandant of the MNDF Coast Guard, where he helped lead the Maldives Coast Guard through a rapid transformation and restructuring. He has served as the director general of the MNDF Coast Guard and commanding officer of Quarter Master Services at several regional headquarters.

Mansoor earned a master’s in strategic security studies in 2014 from the U.S. National Defense University. He is also a graduate of the U.S. Naval Staff College and completed the midshipman course at the Royal Naval College in the United Kingdom, among other prestigious international courses. A highly decorated officer, he also represented the Maldives and MNDF at various seminars and courses around the world. Mansoor is a fellow of the Daniel K. Inouye Asia-Pacific Center for Security Studies in Honolulu, Hawaii.

What is your key role as director general at the Ministry of Defence?

I’m responsible for working with other government agencies on threat analysis and also in an advisory capacity to the government on counterterrorism and counterradicalism because the Maldives is a Muslim country, but we have seen the threat of some parts of our society. We are working on a whole of government approach to counter radicalization in the country and also to prevent any act of terrorism.

How would you describe your style of leadership?

My style of leadership has always been delegation of authority and responsibility. But also, my style is to guide and to closely monitor.

What do you think is the greatest challenge for the Maldivian military for the next five years?

The challenge is to keep up with the changing world, changing threat, changing environment that is the biggest threat for us at the time. We must set up our strategic goals that we can achieve through regional cooperation with other partners and also at the national level.

What is unique about the Maldives from a security perspective?

We have one religion, one culture, one language. Our ethnicity is the same. Therefore, there should be no societal divide along those lines.

How big of a threat is terrorism for the Maldives?

Terrorism is the final product of radicalization. My country is not at the point that it is ready for terrorism yet. We haven’t seen any acts of terrorism so far. Very few things have happened. We do worry about guys who have gone to conflict zones coming back someday, like any other country. Some have gone to Syria, but none have returned. This is a global phenomenon, and the Maldives is no exception. We have to counter them and rehabilitate them because they are ready to do anything. Sometimes, they are more trained than even our regular forces.

Overall, we don’t perceive a real threat of terrorism in the Maldives. However, we have seen some more radical elements being engaged in the society that are outside the context of mainstream Islam. For example, when students go to Pakistan or Saudi Arabia and then return, some try to espouse a more radical type of Islam.

What are the biggest security challenges that the Maldives faces?

The challenge for the Maldives is that our country has 1,200 islands, and 198 of those are inhabited and there are about 130-plus resorts. The resorts are typically a one-island one-resort concept. So when you look at threats, there is a potential for a threat to emerge on some of these remote islands. As I wrote in my thesis, extreme, radical Islam in the Maldives is a potential threat to the tourism industry. The Maldives heavily depends on tourism. I would say 80 percent of our GDP [gross domestic product] is based on tourism. It has become a challenge to the government; some organizations have been preaching a different version of Islam. The groups have started to create a societal divide but also a political divide because people have differences of opinion about religion.

The Maldives is a maritime nation, so the threats from the maritime environment are present for the Maldives, such as piracy and maritime terrorism. It is in the middle of the Indian Ocean, so all the ships pass through here. All the crude oil and raw material pass from the Arabian and Red seas through the Maldives and go to the east to China and Japan and so forth. Climate change is a challenge for the Maldives. The last couple of years, our political leadership had been advocating and asking at the international level to have forums to do more to stop global warming. We have seen some climate changes, as other countries have witnessed. Climate change will be a threat to tourism if that continues.

Are you worried about any regional security threats?

Do you train with other nations on counterterrorism?

We train with the U.S. on counterterrorism. The U.S. has been very helpful to enhance our capacity to train and equip our special forces with the right gear. Sri Lanka has also been very instrumental to develop our special forces. It is important to develop our special forces, because it’s impossible to predict the threat 100 percent. Any act of terrorism, you must deter, so a well-trained force is a deterrence for any threat. So the Maldives being a small country, we must always maintain force that is ready, that will deter. It is important to continue ongoing mil-to-mil [military-to-military] exercises with the Maldives and U.S. Special Forces.

Do you have any suggestions for other ways to improve regional security?

The Maldives has a lot of potential to help other countries and to cooperate with our security partners. Because the Maldives is a Muslim country, there are other venues we could look at for our model. For example, Indonesia has been very successful after the first Bali bombing in 2002 in countering terrorism and deradicalization. They have a whole of society, whole of government approach that has been very helpful. For a country the size of Indonesia not to have any significant acts of terrorism for many years — it is incredible actually. They have done a lot — developed a lot of new terrorism law.

Regional small conferences would also be very helpful, especially if we can speak to countries such as Malaysia and Indonesia. These countries can learn what Islamist extremists have been doing in other countries, what are the success stories, what can we learn. That would be a good thing. Even when we include countries like Australia — its Muslim population is growing bigger and bigger. If you look at radical groups in these countries, they are small numbers. But small numbers can be lethal if they are unchecked. A good example is how it has been handled by the Indonesian authorities. It has the largest Muslim population in the world, but it has been handled quite well. So those things could be learned by countries like Australia and New Zealand about the emerging threats.

I’d also like to invite leaders of the region to visit the Maldives and take advantage of the peace and tranquility and stability that the Maldives has to offer. They can use our country as an example of how peace could be developed. And help the Maldives protect itself. We have huge challenges to protect ourselves — maritime security, environment, social development and so on and so forth, and also the element of military training. We are friendly with all the countries. We have mil-to-mil relationships with all the regional countries, especially the U.S., and want them to continue.

What are some of the specific ways the Maldives is combating extremism?

In lines of economic, in lines of education through Islamic ministry. That means teaching and engaging with more moderate clerics. Also, we have been modifying the counterterrorism law and the religious unity act, which has been modified already. These are tools that will give the government the strength to come out with more force if necessary. The religious unity act clearly defines who can give religious sermons or talks. Unqualified people without permission cannot come out and give talks; that is not possible. The responsibility for these kind of activities under the religious unity act are given to the administration of Islamic affairs. The youth ministry is also getting engaged with youth through talks by moderate imams. We have designed programs with media to develop counter narratives to counter more radical imams. Also, the Maldives is trying to send more students to study in other countries like Egypt as a counterbalance. It’s a matter of practice as well as a societal divide that we perceive as a threat if they go out to Pakistan or Afghanistan or to madrasas there. When they come back, they don’t understand that Islam is not that narrow-minded concept. The understanding of our religion is the most important for our society. If these strategies start working as a whole of government approach, the Maldives will be very successful.