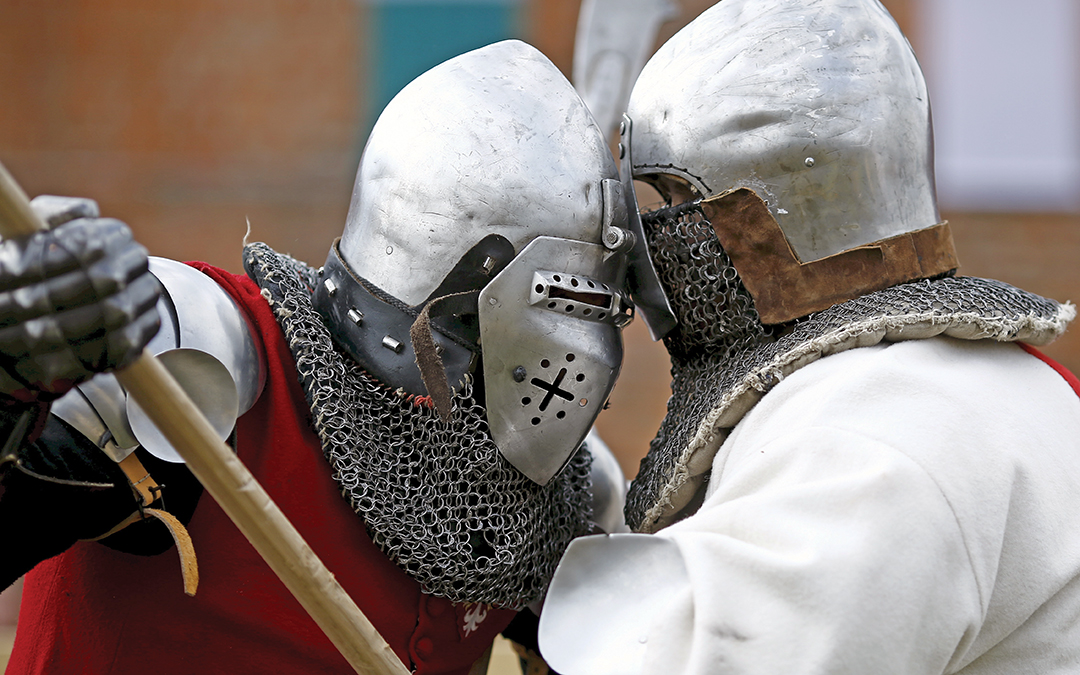 Wielding swords and halberds, knights in heavy armor attack each other in scenes that could easily be mistaken for a staged reconstruction. On the grounds of a vast brick castle in northern Poland, the battles are real, however.

Men and women from 25 countries gather by the hundreds at Malbork Castle for full-contact medieval fighting. Though less bloody than tournaments fought centuries ago, the battles are refereed matches, scored like boxing, in which the objective is to get one’s opponent to the ground.

There are one-on-one fights, as well as bigger tournaments with groups of three, five or as many as 16 people on each side.

The fighters use swords, shields and polearms as they try to floor the opposition, cheered on by spectators.

Preparations can be a long, hard and expensive slog. Participants train several times a week. Their equipment must follow strict authenticity rules.