Long-range strike in the Indo-asia-pacific theater

The long-range capabilities of U.S. bombers are ideally suited to the vast distances and unique challenges of the Indo-Asia-Pacific region. Bombers provide a significant capability, enabling readiness and illustrating U.S. commitment to deterrence while offering assurances to allies and partners and complementing their military capabilities.

Bombers strengthen regional security and stability and ensure the U.S. is capable of defending national security interests in the region through the full range of U.S. military capabilities, from multilateral integration to conventional strike and nuclear deterrence.

Since the dawn of military aviation, long-range strike aircraft were sought to solve problems caused by the “tyranny of distance.” During World War II, aircraft such as the B-29, with its large payload and 6,598-kilometer range, proved decisive. XX Bomber Command B-29s provided Allied commanders a significant offensive capability, while XXI Bomber Command B-29s from the Marianas (Saipan, Tinian and Guam) could reach any target in the theater of operations. Strategic bombing, combined with B-29 mining, was an essential element in the Allied victory. 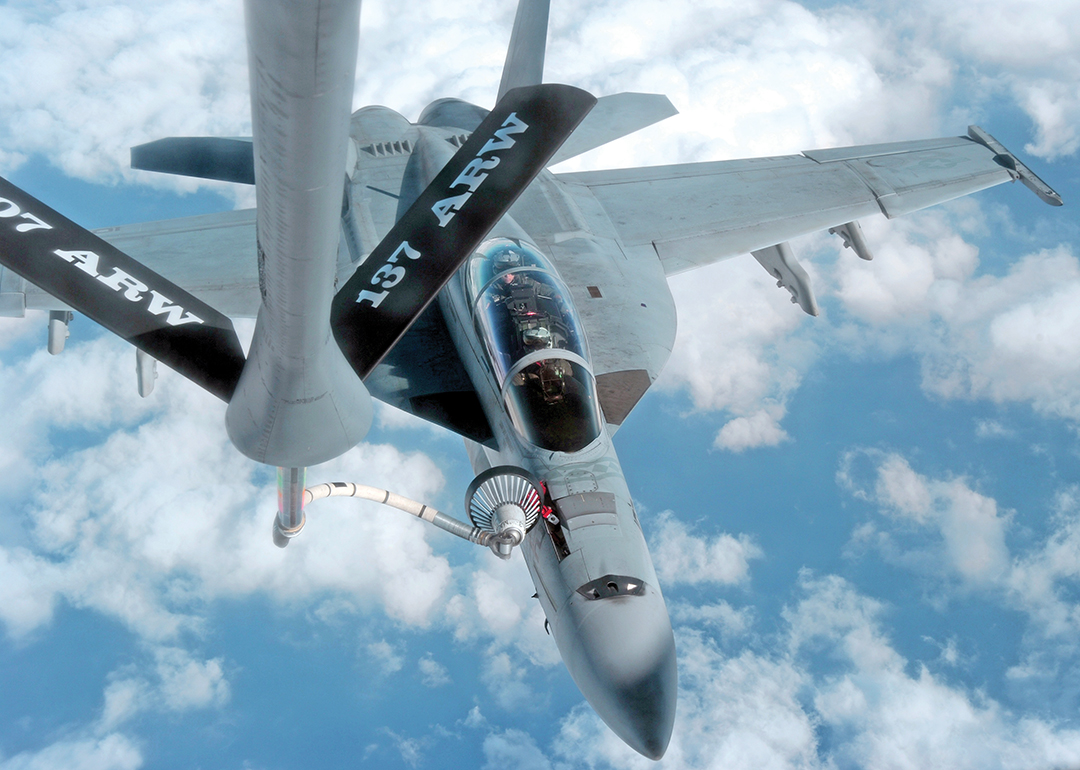 A U.S. Navy FA-18 Super Hornet connects to a KC-135 Stratotanker for refueling during a 2010 U.S.-Japan military exercise above the South China Sea. [AFP/Getty Images]

Decades later, during the Vietnam War, long-range strike missions were flown on an unprecedented scale, as B-52s flew 26,615 sorties over Southeast Asia and delivered staggering quantities of ordnance from multiple locations, to include as far as Guam. Today, advances in range, stealth and persistence allow bombers stationed in the continental U.S. to provide deterrence on a global scale.

The U.S. Air Force, in conjunction with U.S. Pacific Command (PACOM), has maintained a routine, rotational, forward-deployed, global strike capability in the Indo-Asia-Pacific region since March 2004 — an important precursor to the U.S. military rebalance to the region. These forces are deployed at the direction of the U.S. Secretary of Defense and employed by the PACOM commander.

This continental U.S- and Guam-based continuous bomber presence (CBP), consisting of B-1, B-2 and B-52 aircraft, enhances U.S. combat capability while minimizing risk to forces in theater. CBP aircraft accomplish regular training and exercise participation, advance and strengthen alliances and long-standing military-to-military partnerships, and ensure continued access to the global commons for all.

CBP flights routinely transit international airspace throughout the Pacific, including the area China included in its unilateral 2013 air defense identification zone declaration over a significant portion of the East China Sea. These CBP flights are consistent with long-standing and established International Civil Aviation Organization policies that are inherent in air operations around the world.

From the Malacca Strait to the Bering Sea, and from the North Pole to the South Pole, U.S. bombers provide unmatched combat capability to the PACOM commander.

Today, and in the near future, long-range strike operations continue to expand and evolve, as the U.S. Air Force improves its ability to support geographic combatant commanders. CBP is a key component in improving both joint service and allied interoperability. CBP missions integrate multiple aerial platforms in the Pacific theater and provide a significant combat capability for our allies and partners against potential adversaries in even a contested and degraded operational environment. 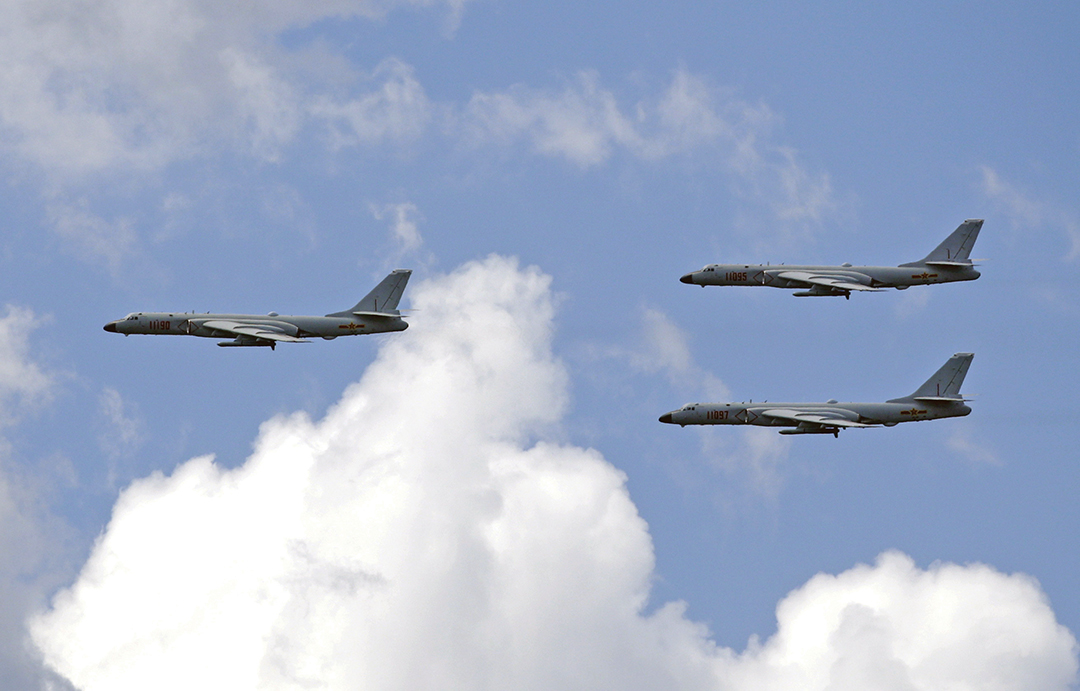 Chinese Air Force B-6K strategic bomber aircraft fly in formation in July 2015 during a training session for a parade marking the 70th anniversary of the end of World War II. [REUTERS]

To highlight a few specific multinational examples from the recent past, CBP missions have participated in Pitch Black and Talisman Sabre in Australia, Keen Sword near Japan, the Langkawi International Maritime and Aerospace Exhibition in Malaysia, Balikatan in the Philippines, as well as Valiant Shield and Cope North near Guam and the Pacific Rim exercise known as RIMPAC near Hawaii. America’s allies and partners fully recognize the importance of detailed integration with bombers in the Indo-Asia-Pacific region.

According to group Capt. Kirrily Dearing, Royal Australian Air Force liaison officer to U.S. Pacific Air Forces, “Recent bomber missions to Australia continue a long-standing program of combined training activities and exercises which provide mutual benefit to Australia and the United States. These activities provide access to extensive range facilities in the north and are an excellent opportunity for mutual training on combined air control, maritime and land strike missions through participation in exercises including Talisman Sabre. These activities continue to consolidate the strong interoperability between our forces.” Training opportunities with allies and partners sharpen the skills of the joint force and increase combat capability.

The expanses of the Indo-Asia-Pacific region and the diverse number and types of assets in the region result in a “tactics development laboratory” for allied and coalition forces. The extreme distances associated with CBP missions allow perpetual refinement of command, control, communications and intelligence (C4I) procedures that enable air operations centers to have seamless control through globally assured communications on behalf of the geographic combatant commander.

Finally, CBP familiarizes bomber units with foreign base access and operations throughout the Pacific theater. CBP complements the military rebalance to the Indo-Asia-Pacific region, expands our engagements with allies, and builds new partnerships across the international community, including access to new places and bases around the region.

A CBP will remain constant across the Indo-Asia-Pacific region for the foreseeable future, due to both the importance of the region and the presence of destabilizing factors. Beyond their familiar, daunting conventional and nuclear strike capabilities, CBP assets are increasingly capable as intelligence, surveillance and reconnaissance (ISR) platforms, as C4I nodes, and in nontraditional mission sets such as search and rescue, where bomber endurance, sensors, beyond line of sight communications, and multiple well-trained crew members can provide a difference that saves lives. 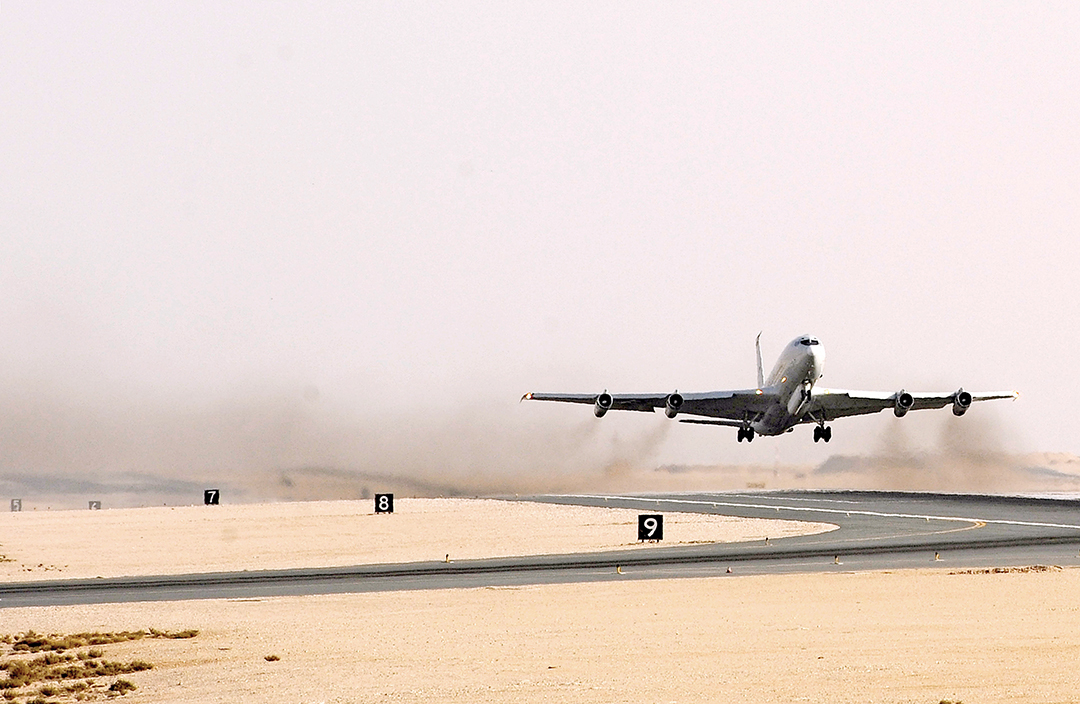 Future sensors such as passive or active electronically scanned array radars, advanced electro optical/infrared targeting pods, and datalinks will vastly improve the capabilities of bombers to integrate with allied and coalition partners. New weapons such as the long-range anti-ship missile, the joint air to surface standoff missile-extended range, and the quickstrike extended range mine continue to expand ground component command options. CBP access to regional bases is increasing and will likely continue to do so in the future, providing unprecedented flexibility and capability as bombers continue to work with partners and allies.

Finally, the U.S. Air Force’s next bomber, the long-range strike bomber, is an integral element in the future long-range strike family of systems that will soon integrate into Indo-Asia-Pacific region defense plans. It will provide long-endurance ISR and strike against fixed and mobile targets in any airspace in the world, while integrating ISR, electronic attack and C4I assets.

At the end of the day, the complex security challenges within the Indo-Asia-Pacific region are partially mitigated by strengthening allied and partner interoperability while deterring threats to security and stability. Despite its immense capability, CBP is one small arrow in the allied and partner quiver that applies long-range aviation capability to meet security objectives.