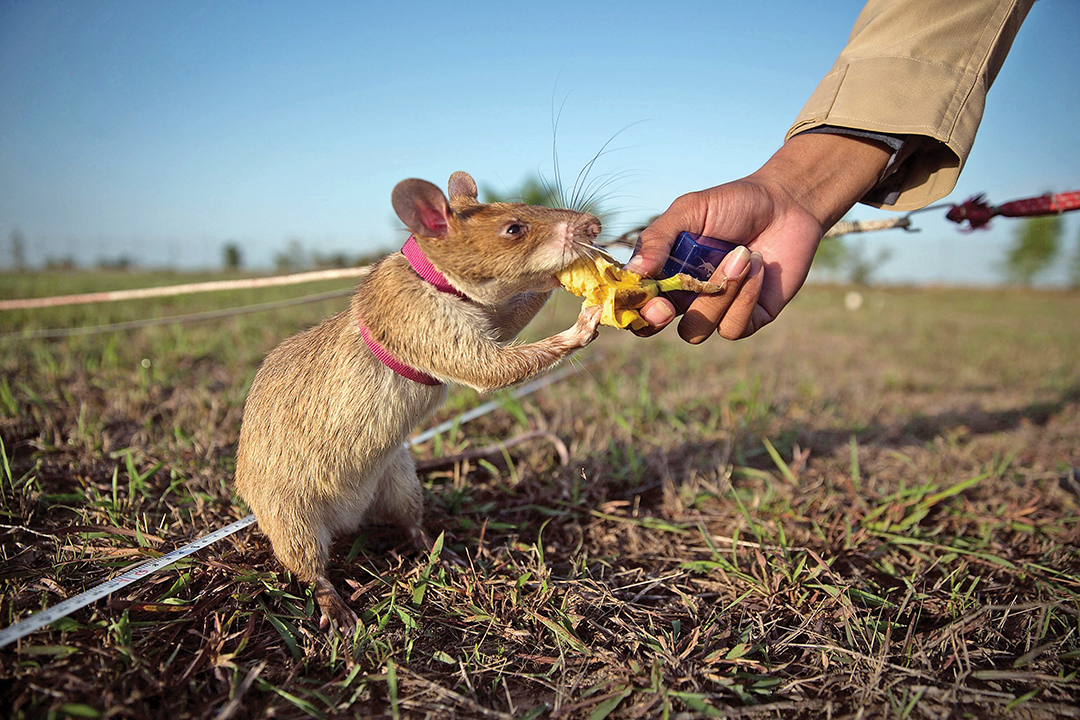 The one-eyed rat needed only 11 minutes to detect a deadly mine buried in a Cambodian field, work that humans with metal detectors could have taken up to five days to investigate.

He’s part of a team of elite rats, imported from Africa, that Cambodia is training to sniff out land mines that still dot the countryside after decades of conflict.

“Under a clear sky, he would have been quicker,” said Hul Sokheng, a veteran Cambodian deminer who’s training 12 handlers how to work with 15 large rats to clear Cambodia’s farmland and rural villages of bombs. “These are life-saving rats,” he said under rainy skies.

Their work could prove vital in a country where unexploded devices, including mines and unexploded shells, have killed nearly 20,000 Cambodians and wounded about 44,000 since 1979, according to the Cambodian government.

The Gambian rats can smell highly explosive TNT inside land mines. They’ve been trained since they were 4 weeks old. A Belgian nonprofit group deployed them to Cambodia from Tanzania to help clear mines.

Cambodia remains littered with land mines after emerging from decades of war, including the 1970s Khmer Rouge “Killing Fields” genocide, leaving it with one of the world’s highest disability rates.

The rodents have taken on mine-clearing duty in several countries, including Angola, Mozambique, Thailand, Laos and Vietnam.  Reuters