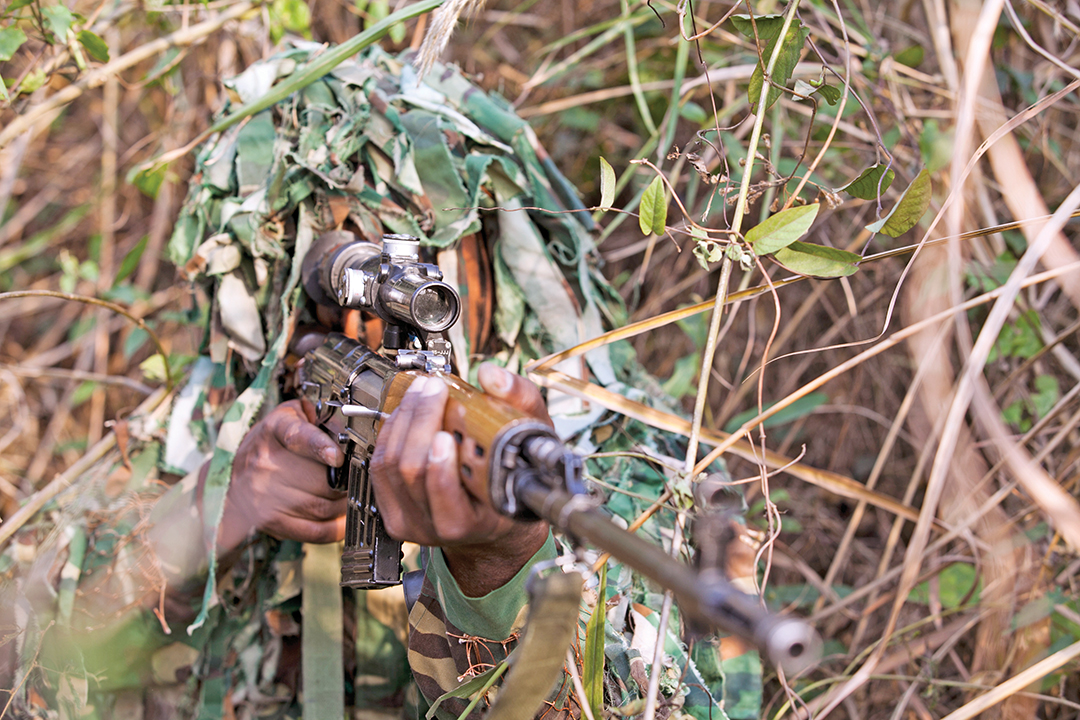 Enabling The Transition To A Knowledge-Based Economy

Maj. Gen. Mohammad Mahfuzur Rahman was commissioned into the Bangladesh Army in 1981 and promoted to major general in 2011. He has commanded an infantry battalion, two infantry brigades and an infantry division. He has also served as brigade major, general staff officer grade one and director of military operations at Bangladesh Army headquarters. A graduate of Defense Services command and Staff College and Armed Forces War Course in Mirpur, Bangladesh, he is also an alumnus of the National Defence College in New Delhi and the Royal College of Defence Studies in London. He holds a doctorate from Jahangirnagar University in Bangladesh and a master of philosophy degree from Madras University, in India as well as master’s degrees in defense studies, war studies and business administration. He has edited books on Indo-Bangladesh trade relations and authored ‘nontraditional security strategies to address trans-border crime,’ which is awaiting publication.

What are your key responsibilities with the Bangladesh Army?

I look after the welfare of the Army and the discipline of the forces. I’m responsible for close to 140,000 military personnel-including 15,000 civilians and another 100,000 retired personnel. I’m in charge of personnel administration including officers and men and career development and career planning of troops. I oversee five directorates: medical, which covers health, hospitalization and medication; provost, which looks after discipline and ceremony; personnel administration, which includes all recruiting, pay and pension, which looks after pay and pension of the forces. This includes documentation and the welfare and rehabilitation. For example, when people retire, they also remain with us, so we need to take care of their welfare as well.

You mentioned military welfare. So you supplement the government’s social security program?

We have a little business that we undertake through Bangladesh Army Welfare Trust, which is administered by active duty military. The Trust was founded in 1998 to take care of the welfare of military personnel (both serving and retired). We have a business house that has factories and trade houses and some real estate. We have a bank that has 100 branches, so it is quite big. From there, we get some revenue and also rehabilitate retired personnel.

One hundred percent of the revenue goes for charity and welfare of serving and retired personnel. When health insurance does not cover the treatment expense, this is also an area to which we assist to military personnel and their families. Soldiers must serve a minimum of 15 years to get pension. Every rank has a service period with a mandatory retirement age for every level. If somebody wants a second career, whenever possible and if there is a vacancy in a professional position with the Trust, we call them and accommodate them.

Do you also offer training?

We have various institutions to train people in the military. We also have six medical colleges, three engineering universities, two business schools, two nursing schools. Five dental colleges are up coming. It’s a matter of our social responsibility to contribute in national education.

We also run 12 cadet colleges. The primary idea was to develop the leadership from these institutions. Those are the people to take over the leadership in various segments. They are trained to be leaders. Discipline, leadership training, physical activities, extracurricular activities are part of the curriculum.

What is your approach to your current role?

I’ve been in this job six months (through May 2015). It’s a very busy desk. Every day is important to contribute. A lot of people come to meet me. It’s very important to listen to them and be part of their solution. It’s also important that I remain unbiased.

What goals do you hope to achieve in your current role?

I hope to contribute in two areas: women empowerment and education. Women are important to the Army. We have a vision of making women 25 percent of the total forces. We are already in the process of doing this, but it will take time. We started taking women in the military about 14 years ago. The Army commissioned the first batch as Female Soldiers in early 2015.

The other thing is educating our people in the Army-their intellectual development. It’s very important to build an educated, knowledge-based military. In the international environment we face a global, knowledge-based economy. You need to compete. Somebody in Bangladesh is competing with someone in China. So if economy is not knowledge-based, we can’t compete, but we are seeing our business developing just fine. We have averaged a GDP [gross domestic product] growth rate of over 6 percent for the past few decades. So our economy is knowledge-based otherwise it could not perform.

So we need to be a knowledge-based military as part of the knowledge-based society. Otherwise military will trail behind. We have implemented more educational programs and reconfigured our training and education system to achieve this. Politics may fail you, economics may fail you, but education will never fail you. If you educate your people, if you educate your nation, the politics will not fail you, economy won’t fail you.

Your doctoral dissertation addressed drug trafficking. What are some of the challenges that you identified, and how are they still relevant to the region?

Cooperation is necessary but politically is very different between Bangladesh and  its neighbors  (such as India and Burma) because the political platforms of these three countries are very different. So negotiation is not easy between these three countries. Unfortunately, within security forces, we fail to communicate and we fail to collaborate with one another even though we have the same regional interests. We cannot cross the border. So often we are trailing behind drug proliferators. It’s very difficult for a single country to respond effectively.

These days, nontraditional security is coming into the driving seat. It is taking over. We need collaboration of the international community.

What are the biggest challenges for the Bangladesh Army?

To remain nationally and globally a professional organization, we seek to maintain our stance as a disciplined force that is not only regarded as the finest in the country, but it also should be regarded internationally as one of the most disciplined and finest armies. That is very important for us. We have implemented programs to allow Soldiers to seek educational opportunities and understand their space in a democratic society.

Prevention of terrorism is still very important. We have been very successful so far, but we must remember who we are. When Islam was introduced on the subcontinent, it did not contradict our culture. That is possibly why Bangladesh has remained moderate. The Bangalees as a nation and Bangladesh as a country do not want extremism. But in this globalized era it remains as a potent threat for us as well.

Are there any other programs you’d like to mention?

We are doing a lot of exchange programs with U.S. Special Forces. We are doing counterterrorism exercises and capacity building of our forces with many countries. We are training with Nepal, India, Kuwait, Qatar and Turkey.

Have you participated in any U.N. peacekeeping missions? And what was the biggest lesson you learned through participation?

I have twice served in peace support operations under the United Nations in Mozambique and Sierra Leone. Bangladesh has participated in the most U.N. missions and is one of the leading troops contributing countries.

What specific goals do you have for Bangladesh?

It’s very important for us to know who we are and we understand that for 5,000 years we were living peacefully. There will be difference and there are differences. What is possible now is collaboration and cooperation to live peacefully in our part of the world for social, political and economic emancipation.