Ways to preserve a forward defense

The security environment in the Indo Asia Pacific is experiencing a number of worrisome trends, including the escalation of maritime territorial disputes in the East and South China seas, the proliferation of advanced military capabilities to a number of local actors, and a shifting balance of power. China’s efforts to strengthen its armed forces are at the center of each one.

For decades, China has been preparing the People’s Liberation Army (PLA) to fight local conflicts against technologically superior opponents. As part of this effort, it has been developing a variety of anti-access/area-denial systems, which could exploit vulnerabilities in the American style of expeditionary warfare to impede U.S. power-projection during a crisis or conflict.

Since the end of the Cold War, the United States has grown accustomed to facing opponents that are too weak to seriously threaten its overseas bases, air and naval forces, and battle networks, all of which underpin its ability to conduct and sustain large-scale military operations abroad.

Today, however, Beijing is fielding capabilities that can hold at risk fixed forward bases, menace high signature air and naval platforms, and disrupt the United States’ ability to collect, store and transmit information. In particular, the PLA has amassed a large arsenal of ground-launched ballistic and cruise missiles for land-attack, sea-denial and anti-satellite operations.

Why has China placed so much emphasis on ground-launched offensive missile forces to support its “counterintervention” strategy, and why are these systems such a cause for concern in the United States and among local nations? 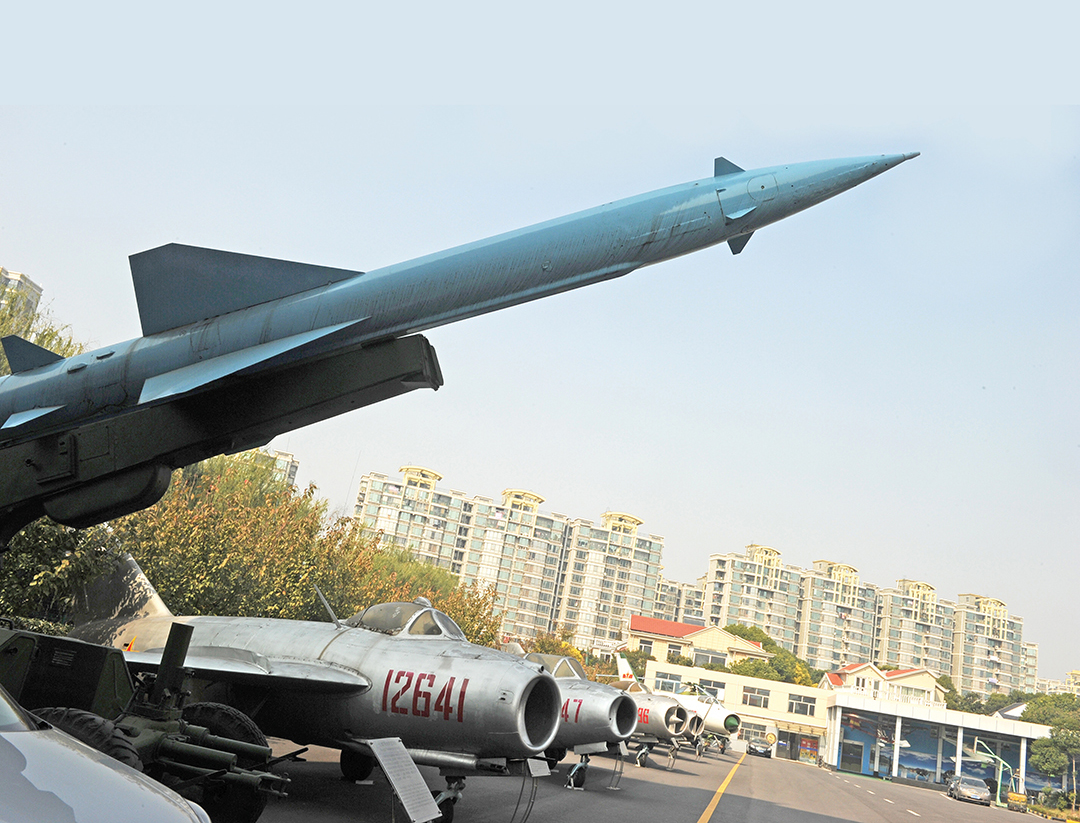 Initially, mastering missile technology offered the PLA a way to compensate for the limitations of its air and maritime power-projection capabilities. Yet ground-launched offensive missiles have a number of inherent advantages over combat aircraft and naval platforms — advantages that could allow China to deliver a significant amount of firepower against critical targets in a relatively short period of time.

•  A cost-effective way to generate combat power in the early stages of a campaign. Ballistic and cruise missiles are far less expensive to procure than aircraft or ships, much cheaper than most existing air and missile defenses, and orders of magnitude cheaper than many prospective targets.

• Difficult to locate, interdict, or otherwise disrupt before and immediately after being launched. Well-trained operators can deploy mobile platforms to hide sites that are hard to detect, maneuver them to pre-surveyed positions when they are ready to fire their payloads, tear down their equipment within minutes of executing an attack, and relocate them before being discovered. They can also transmit and receive information over hardened, dedicated, and closed systems like buried fiber optic networks, which are more difficult to jam than radio frequency transmissions and less vulnerable to attack than air- or space-based communications systems.

•  Difficult to intercept once in flight. Ballistic missiles have high terminal velocities and can be designed to maneuver or can be equipped with penetration aids. Alternatively, cruise missiles are often relatively slow, but stealthy, and can be programmed to follow complex flight paths that stress air defense systems.

There are a number of steps the United States could take to preserve its military power: fielding a new penetrating bomber to supplement and eventually replace the aging B-2; acquiring a carrier-based surveillance and strike platform that significantly extends the range of the air wing; building undersea warfare systems with greater payload capacity; and investing in new active and passive defenses to protect forward operating locations. It could also emulate China by developing ground-launched missile forces of its own.

Ground-launched missile systems are more difficult to hold at risk than aircraft or ships, however, and cannot easily be withdrawn. What specific roles might ground-launched missiles play? Anti-ship missiles could be used for sea-denial, including chokepoint defense and open-ocean targeting. The former might entail blocking hostile surface naval forces from exiting China’s “near seas” and operating in the waters between the first and second island chains, where they could encircle allies such as Japan or interdict U.S. forces en route to the region.

The latter might involve holding at risk hostile surface naval forces that attempt to seize disputed territory, impede freedom of navigation, or enforce a maritime blockade against a local nation. Alternatively, land-attack missiles could be used for deep-strike: holding at risk surveillance systems, command-and-control facilities, air bases and other potential targets located on an adversary’s territory.

The United States could modify existing or planned systems to fill these gaps. For instance, it could extend the range of the Army Tactical Missile System and/or give it the sensor package necessary to strike maritime targets. It could also adapt air- or ship-launched weapons such as the Long-Range Anti-Ship Missile for use with ground-based delivery system. To date, however, there are no publicly announced plans to do so.

Despite the potential virtues of missile forces, there are a number of barriers that could prevent the United States from pursuing this option. The U.S. Army might oppose taking on new missions that could draw resources away from its traditional areas of emphasis, such as combined-arms maneuver warfare. That barrier could erode over time, however, as the Army searches for a major role in the western Pacific.

In addition, local allies might balk at the idea of hosting missile forces on their territory given domestic political constraints and the potential for Chinese retaliation. Yet they might become increasingly receptive in the near future, particularly if China becomes more assertive, the U.S. military posture becomes more vulnerable, and tensions in the region continue to rise.

Finally, certain types of missile forces are prohibited by the 1987 Intermediate-Range Nuclear Forces (INF) Treaty, which bars the United States and Russia from testing and deploying surface-to-surface ballistic and cruise missiles — whether they are nuclear-armed or conventionally armed — with ranges between 500 and 5,500 kilometers. The INF Treaty is under duress, however, and might not persist in its current form, if it survives at all.

In July 2014, the U.S. State Department publicly revealed what many already suspected — namely that Russia was in violation of its INF obligations. Washington has accused Moscow of testing a prohibited ground-launched cruise missile, although it has not revealed the system in question. 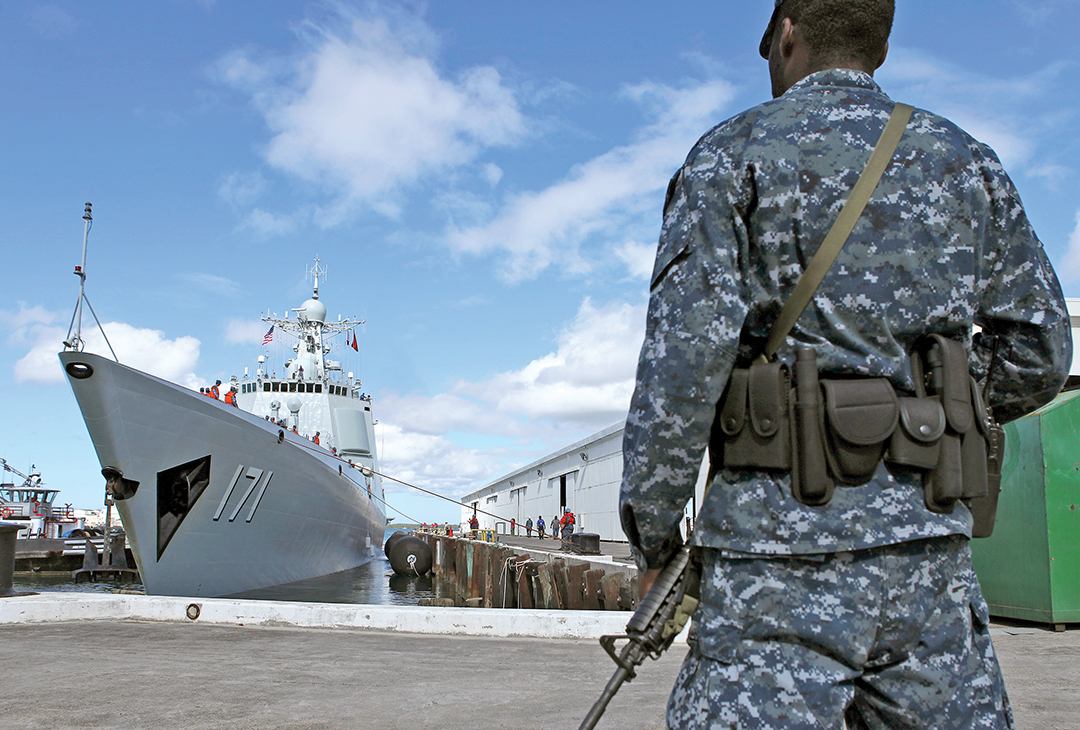 Some observers have also raised concerns that Moscow has tested a surface-to-surface ballistic missile at ranges that exceed INF’s restrictions (technically making it an intercontinental ballistic missile that is exempt from INF but captured by the New START Treaty), as well as at ranges that fall within INF’s bounds (indicating that it might be used as an intermediate-range weapon irrespective of its treaty classification).

By most accounts, this would be a circumvention of the INF Treaty rather than a violation, although it does raise additional concerns about Russian intentions. Moscow’s lack of compliance with both the letter and spirit of the INF Treaty is not surprising, given that senior Russian officials proposed withdrawing from it nearly a decade ago.

Nevertheless, Russian cheating has prompted a host of arguments for how the United States should respond, from urging Moscow to resume complying with the treaty to withdrawing from it in retaliation.

Given Russia’s eroding military position relative to China, historical tensions between the two neighbors and their competition for influence in the Russian Far East, there are reasons to suspect that Moscow’s interest in exiting INF stems more from the need to counterbalance Beijing than the desire to coerce Brussels.

An “Asia option” could have at least two potential benefits:

•  It would enable the United States to develop and deploy ground-launched missile forces in the western Pacific. As described above, this could enhance deterrence and improve crisis stability as China’s military becomes more powerful.

•  It would drive a wedge between China and Russia. In this scenario, there would be little doubt that Moscow’s pursuit of new missiles was directed squarely at Beijing.

Pursuing this option would certainly raise concerns about the reaction of U.S. allies in Asia, the possibility that Beijing might accelerate its own missile deployments in response, and Washington’s ability to monitor and verify the new arrangement. All of these concerns are reasonable, but they are not necessarily unmanageable. For instance, if China’s military power continues to grow, allies like Japan and the Philippines might become increasingly receptive to hosting U.S. missile forces, as well as more willing to tolerate Russian weapons that are aimed primarily at China. 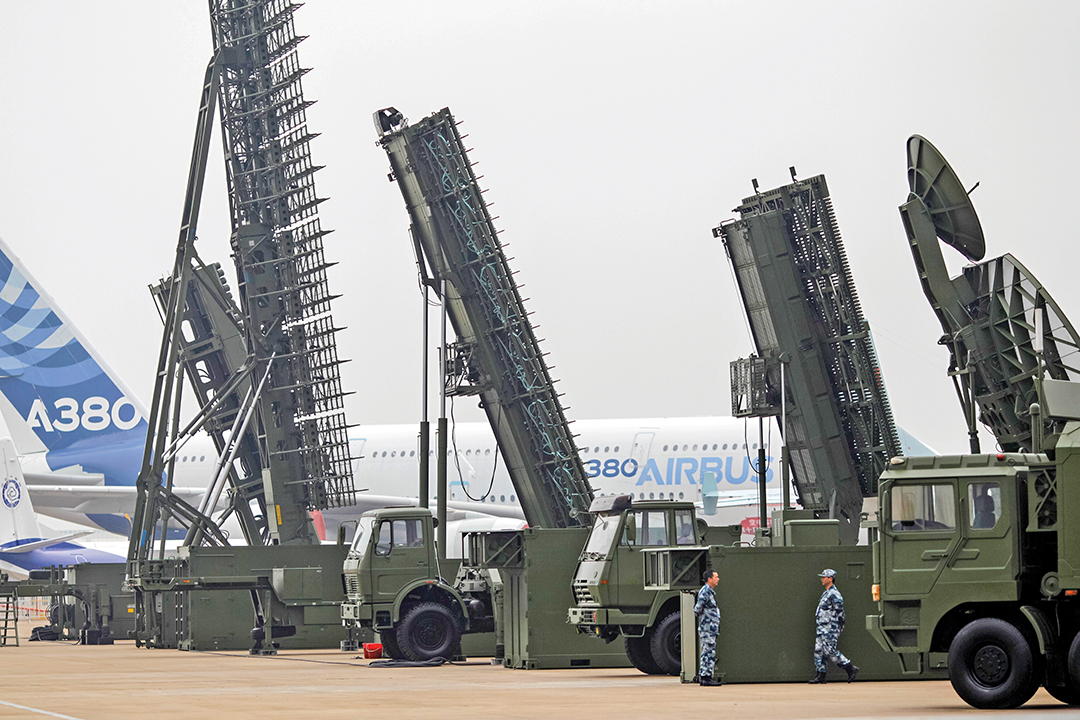 In addition, while Beijing could certainly field more missiles in response, it might not be willing to run an arms race with two major powers at the same time. Finally, monitoring the location of mobile missiles in a country as large as Russia would certainly be a difficult task. If Russia has no interest in adhering to the existing treaty, however, then the United States will have to address this challenge irrespective of INF’s status and provisions.

The United States has several core interests in East Asia: preventing a single actor from dominating the region, protecting allies and security partners, and preserving freedom of the commons. China’s growing missile arsenal could enable Beijing to challenge them all. To sustain a military strategy of forward defense despite a shifting balance of power, Washington might need to consider steps it has avoided in the past, including the development of new ground-launched missile forces.

That could require taking a hard look at the INF Treaty, which has served U.S. interests for nearly three decades but might soon be obsolete.

This opinion piece was excerpted from testimony presented by the author, a senior fellow at the Center for Strategic and Budgetary Assessments, before the U.S.-China Economic and Security Review Commission Hearing on “China’s Offensive Missile Forces Implications for the United States” in March 2015. It has been edited for length and to fit this format.