One of India’s longest-standing external policies has undergone a rebranding, and country leaders have been eager to get the word out — especially to their eastern neighbors.

“A new era of economic development, industrialization and trade has begun in India,” Prime Minister Narendra Modi said during an Association of Southeast Asian Nations (ASEAN)-India Summit in November 2014, just six months after taking office in a historic landslide victory.

Ushering in that new era means changing the name of the nearly 25-year-old “Look East” policy to “Act East.” The rebranding signals to the region, and the world, that new strategic engagements will follow. 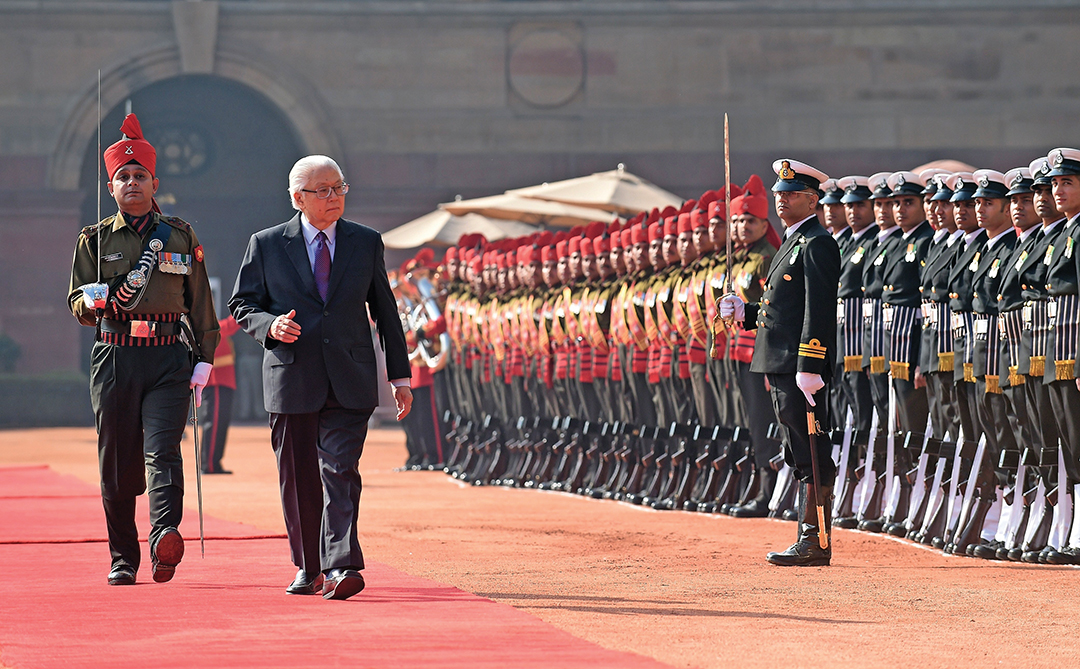 Singaporean President Tony Tan Keng Yam inspects the honor guard during a ceremonial reception at the Presidential Palace in New Delhi in February 2015. India’s leaders say Singapore is one of its strongest partners. AFP/GETTY IMAGES

In recent travels, Modi has made deliberate comments to emphasize the more action-oriented policy when it comes to dealing with ASEAN and even countries to the northeast. His government has wasted little time setting a course to prove it will follow through with its actions.

Modi visited Japan on his first trip outside South Asia as prime minister; he welcomed Australian Prime Minister Tony Abbott as the first foreign leader to visit New Delhi; and Modi’s administration has had diplomatic exchanges with Vietnam.

“Our vision and commitment is toward the country’s progress, its place in the world and the happiness of its people,” Modi told the Hindustan Times newspaper in April 2015. “We have taken a series of measures which have restored faith in our capacity to deliver with transparency, efficiency and speed.”

Analysts call Modi’s Act East policy robust and say that in addition to boosting economic ties, India hopes to leverage itself as a balancing force against Chinese influence in the region.

“In recent years, India has signaled a willingness to play a greater strategic role in the region, deepening links with such partners as Japan, Vietnam and Australia,” according to a December 2014 report by the Sydney-based Lowy Institute for International Policy titled “India’s New Asia-Pacific Strategy: Modi Acts East.” “The policy has been driven in part by India’s strategy of external balancing against China, but has also been motivated by India’s desire for a greater global role and its rise as a trading nation.” 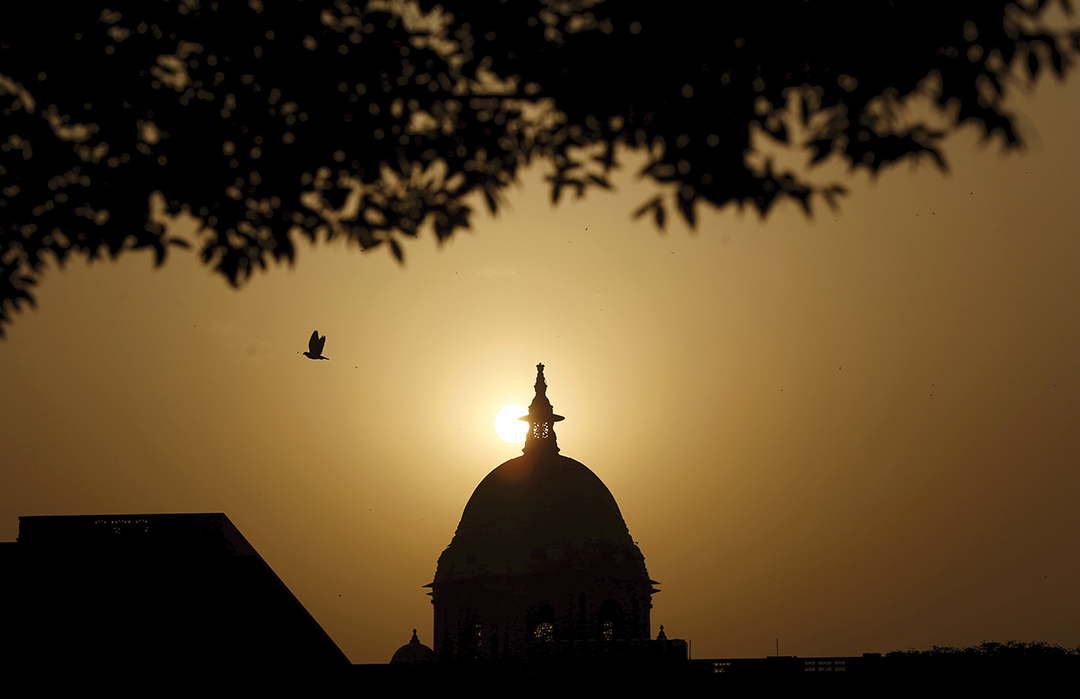 India’s Ministry of Finance building sits against the setting sun in New Delhi in April 2015. As part of India’s Act East policy, the country looks to boost economic ties. REUTERS

When it comes to China, India looks to trading information with Japan as a means to monitor interests and resources within the Indian Ocean and South China Sea — and generally to maintain situational awareness about China’s expanding trans-border military capabilities, The Times of India newspaper reported in March 2015.

Australian Foreign Minister Julie Bishop has said her country shares similar views as India when it comes to the South China Sea and China’s ambitious claims. She suggested that Australia and India work together on pushing a code of conduct, the Indo-Asian News Service reported in April 2015.

Chinese officials have heard the chatter and noticed the budding partnerships. Responding to growing concerns over assertiveness in the South China Sea, one official denied any “insecurity” or restrictions on freedom to navigate in the region, according to a March 2015 report in The Economic Times newspaper.

“The problem does not exist,” Chinese Ambassador Le Yucheng said of navigation and security issues in the South China Sea. “China, more than anyone else, is interested in ensuring security of the waters.”

P. V. Narasimha Rao, India’s prime minister from 1991 to 1996, initiated  the Look East policy as the country faced a worsening domestic economic and political situation. Global tensions prior to the 1990-1991 Gulf War created an economic recession in India, later serving as the catalyst for the country to seek economic opportunities elsewhere in the Indo Asia Pacific, according to the Lowy Institute’s analysis.

Onlookers — and India’s leaders, as well — say Singapore has a key role to play as India repositions itself to increase its regional involvement.

In March 2015, Modi attended the funeral of Singapore’s founding father, Lee Kuan Yew. Modi called Lee an “inspiration” and said that the late leader believed in India’s potential “more than any of us did,” according to The Economic Times.

“India’s relations with Singapore is one of our strongest relationships in the world, and Singapore is a key pillar to India’s Act East Policy,” Modi said.

In September 2014, the two countries announced a change in their bilateral military ties from joint exercises to cooperation on defense technology, according to The Times of India newspaper. Singapore’s Armed Forces have a limited amount of land and airspace for training. For the past several years, Singaporean forces have trained at India’s military facilities. 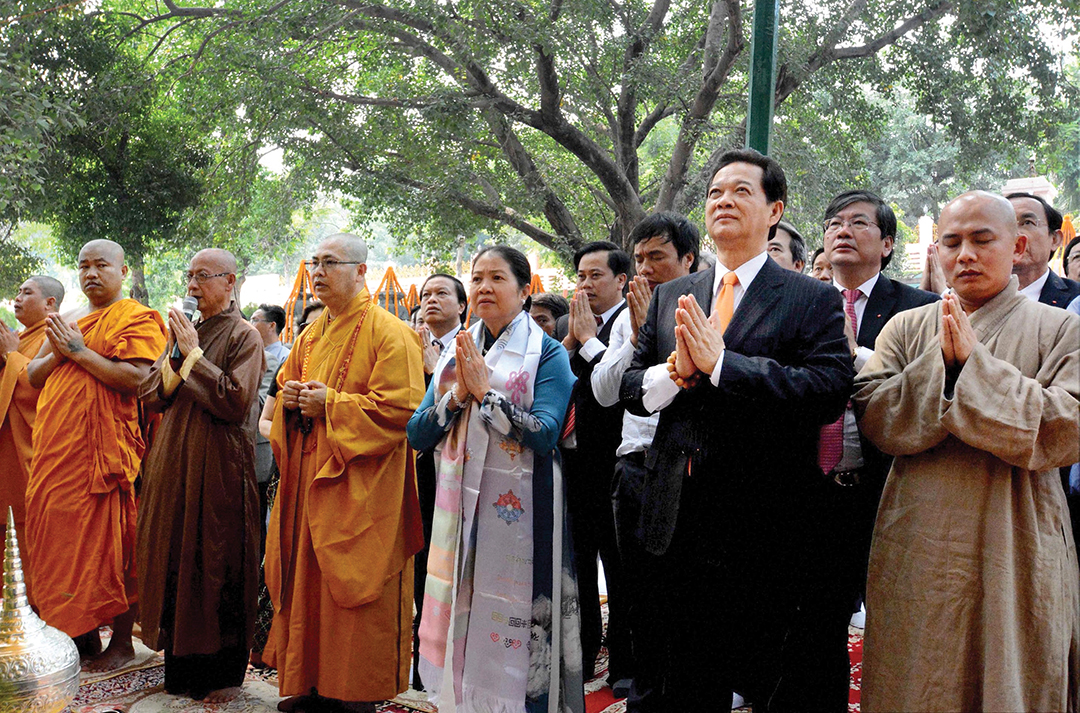 Singapore isn’t the only eastern neighbor benefiting from new defense ties. Thailand has also bolstered its cooperation with India on maritime security and counterterrorism.

“Both countries want to see the sea lanes remain free and safe, and issues like piracy [and] human trafficking are a concern to both sides,” India’s National Security Advisor Ajit Doval said, according to an April 2015 report by the Press Trust of India news agency.

Analysts at the Lowy Institute say that India has previously not excelled at articulating a clear vision for its relationships with East and Southeast Asia partners. The current government has a chance to make bigger strides in a shorter amount of time, where progress may have lagged during the past two decades.

“To establish the seriousness of India’s commitment to the region, the Modi government must demonstrate that Act East is more than just a rebranding of an existing policy,” the Lowy Institute concluded. “In order to preclude further inertia, India will need to move quickly to outline a clear agenda for deepening economic, institutional and defense links with the region that go beyond what has been pledged by previous governments. If the Modi government is able to achieve this, then India has the potential to assume a role as a consequential strategic player across the wider Indo Pacific.”