By Tom Abke and Jiri Kominek

“Jihadi John,” to thwart efforts to identify him, always wore a black mask, only exposing his eyes and the bridge of his nose before cameras, investigators and analysts successfully identified him in February 2015 as the Islamic State of Iraq and Syria (ISIS) terrorist and the organization’s media spokesman known as the Kuwaiti-born, United Kingdom citizen Mohammed Emwazi. They used biometric technology, including facial and voice recognition software, to unmask the suspect who, dressed in all black, appeared to behead Westerners in several ISIS videos.

Since the 9/11 terrorist attacks, governments around the world have recognized the need to adopt various forms of biometric technology to authenticate the true identities of holders of travel documents, national identity cards, drivers permits and other forms of personal identification that could be otherwise misused by individuals to commit acts of terror or other serious crimes, such as human smuggling, fraud or money laundering. 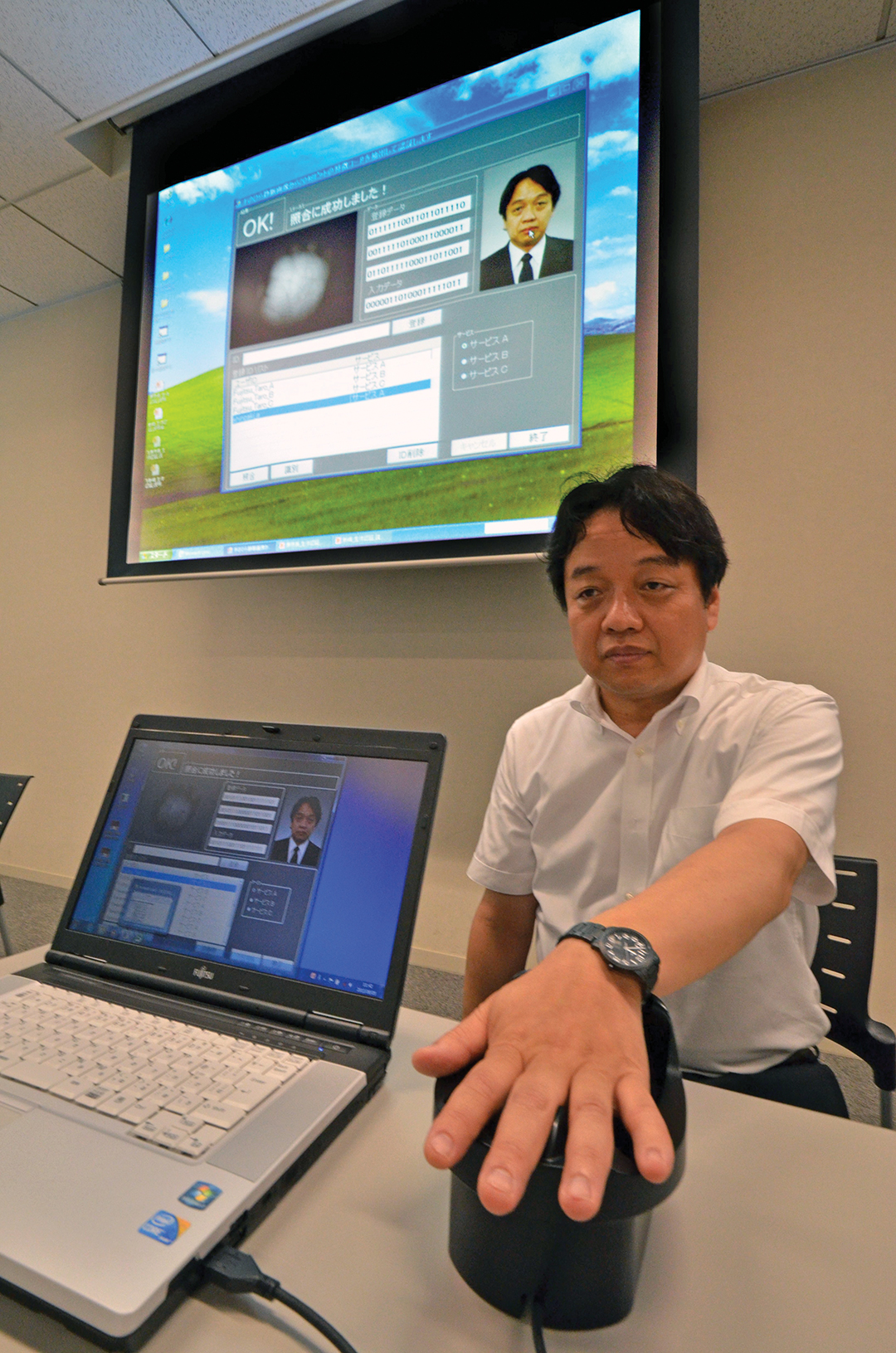 As nations across the Indo Asia Pacific accelerate their drive to further integration, they have recognized the need to address common issues such as international terrorism and organized crime whose actors endeavor to exploit this integration process and undermine collective security and effective economic cooperation.

Nations such as Australia, India, New Zealand and member states of the Association of Southeast Asian Nations (ASEAN) view biometric technology as an indispensable tool in assisting in combating international terrorism and organized crime whether by ensuring safer borders or tracking the movement of money and goods.

Biometric technology allows the authentication of a person’s identity through physiological or behavioral characteristics that are specific or unique to every individual. What makes biometric identification so effective is that these physiological characteristics cannot be lost, forgotten, stolen or forged. Of the billions of people on Earth, no two possess the same biological markers, such as DNA, fingerprints or finger veins.

This type of authentication is critical. For example, terrorists are known to disguise themselves as refugees to cross borders. Biometric identification also helps authorities prevent human trafficking and identify stolen passports. Biometric border systems are even more useful when countries share information, widening the net to capture criminals.

In addition to fighting crime, biometric border security systems reduce delays for travelers at busy airports and land crossings. Border officials need not depend on unreliable photographs to verify a person’s identity. Security and efficiency are enhanced.

More than a century ago, criminologists discovered the benefits of fingerprinting technology in helping to solve crimes and identifying perpetrators. The concept of establishing a database or catalog of fingerprints of known criminals was first developed in 1891 by Juan Vucetich, a senior police official in Argentina.

The capability has come a long way since then. The Pakistani government, for example, turned to fingerprint biometric data when in March 2015, it ordered all mobile service companies to acquire fingerprint scans of their subscribers by April 15, 2015. Subscribers who failed to comply had their mobile subscription terminated.

With more than 103 million active mobile subscriber identification module (SIM) cards circulating in the country, the Pakistani government is determined to tie these to their owners’ fingerprints in an effort to stem the rising tide of terrorist attacks, such as the December 2014 incident in Peshawar. Taliban members attacked a school, killing more than 140 people, mostly schoolchildren. Pakistan is determined to prevent terrorists from using untraceable cellphone accounts to coordinate attacks.

Five of the six attackers in the Peshawar incident communicated with mobile phones that did not have legitimate or traceable owners, while the sixth used a phone registered to an innocent Peshawar women who had no idea her name was registered with the mobile number. Pakistan was one of the first countries in the world to adopt biometric passports in 2004.

Today, all ASEAN-member nations, with the exception of Laos and Burma, have embarked upon programs to incorporate biometric technology into travel documents and other key pieces of personal identification. 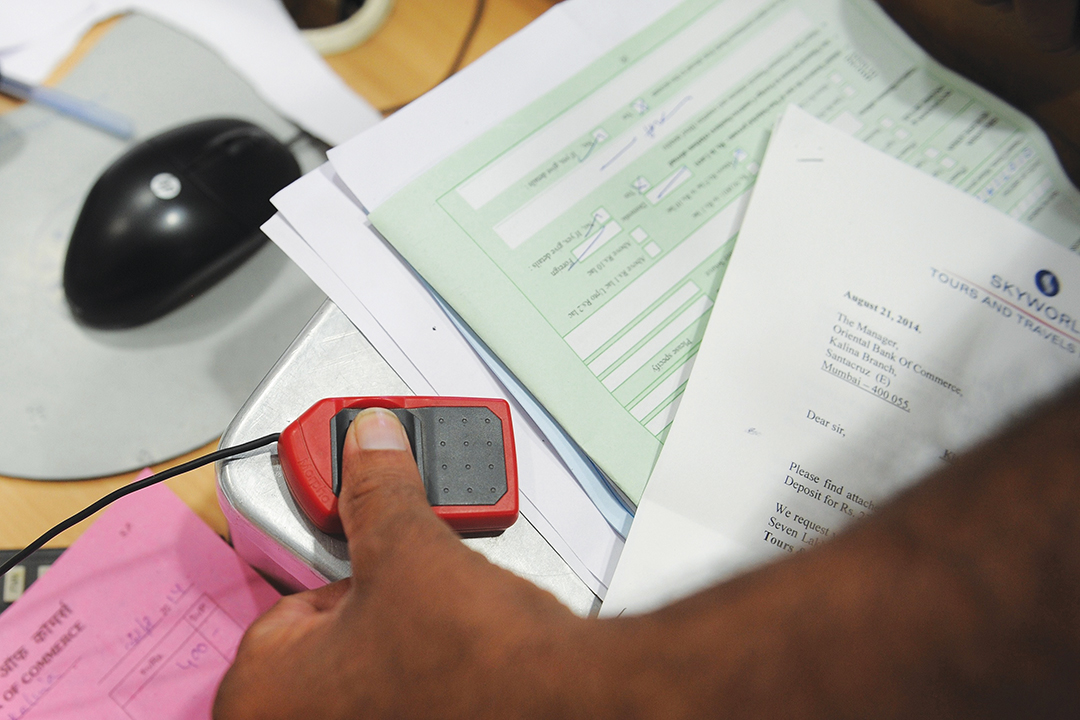 A customer provides a fingerprint scan to open an account at a Mumbai, India, bank. AFP/GETTY IMAGES

Meanwhile, in 2009, India started building the world’s largest biometric-based database in the form of the national ID program called Aadhaar. The program is based on fingerprint, iris scan and face photo technology along with demographic data (name, age, gender, address, parent/spouse name and mobile telephone number) of an individual. The program has approximately 550 million residents and had assigned 480 million Aadhaar numbers through November 2013, the latest data available. The program aims to issue the national ID cards to all 1.25 billion citizens within a few years.

The program is voluntary and has not been approved by India’s Parliament following a Supreme Court ruling that the program cannot be made mandatory until all constitutional shortcomings and illegalities have been resolved to protect citizens’ civil liberties. The government, however, would like to make the technology mandatory for passports in the near future.

Biometric technology and the subsequent centralized data it generates has been recognized by governments worldwide as a key instrument in helping to combat international terrorism, with particular focus on ISIS and related groups that have been using the Internet to recruit new members among Muslim populations around the globe.

Evidence suggests ISIS has been recruiting supporters from ASEAN-member nations that have considerable Muslim populations, such as Indonesia, Malaysia and the Philippines, as well as in other countries in the region, including Australia. Not only has ISIS been recruiting individuals to fight on its behalf in Syria and Iraq but also to commit acts of terror in their home countries.

Governments of Southeast Asia, Australia and New Zealand are the biggest spenders in the region on biometric technology-driven security systems and infrastructure such as border control and national ID programs. The public sectors are far ahead of the private sectors, where such technology is also being implemented particularly in the banking and financial services sectors. The technology, however, is only effective if it is compatible with systems adopted by neighboring states and also if governments are willing and able to exchange the data efficiently.

“I am convinced that national governments throughout Southeast Asia and the greater region have recognized the need for [biometric] information sharing and intelligence sharing,” said Nigel Phair, adjunct professor at the University of Canberra, and a recognized expert on cyber security. “Not only have the governments realized that such systems must be compatible in order to facilitate sharing of crucial information, they also realize that the process of actual sharing is reciprocal … a quid pro quo that is vital to their national security and economic well-being,” Phair added.

More and more governments are signing bilateral agreements to share data obtained from biometric travel and personal ID documents as part of an international effort to combat terrorism and transnational organized crime.

Qatar Airways and Air Arabia were the first two commercial carriers to volunteer for the pilot project. Interpol officials said that, if successful, the program and data sharing could be extended to other airlines as well as financial institutions and hotels.

“Because of the limitations to access by the national authorities, then should we not consider providing access to the airlines themselves as well in a very controlled manner,” Michael O’Connell, director of Interpol’s operational police support directorate, told media during the launch of the project in March 2014.

Interpol has recognized that it must increase efforts to assist its members in combating international terrorism and organized crime, especially in cyberspace. 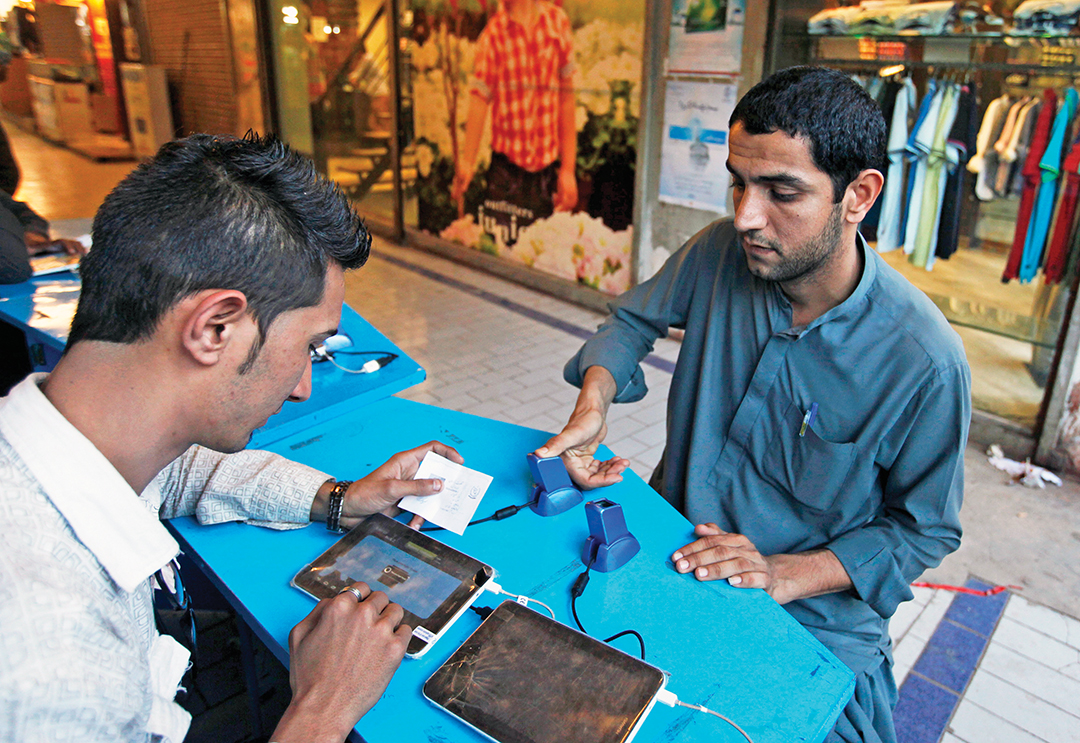 A customer scans his thumb for biometric verification on his cellular phone’s subscriber identification module at a mobile counter in Karachi, India. REUTERS

In September 2014, the agency opened its Interpol Global Complex for Innovation (IGCI) in Singapore. The center is designed to complement the agency’s headquarters in Lyon, France, and boost its presence in Asia by acting as a global hub for combating cyber crime. It will include a digital forensics lab and training center.

“Besides providing forensics support, it will act as a 24/7 network for various coordination efforts and … will also provide forensic support for member countries,” said Dr. Madan Mohan Oberoi, IGCI’s director of cyber innovation and outreach.

Another area where biometric technology is being used to enhance security is in the realm of simulation training and helping to coordinate responses of  government agencies in real-time situations.

Singapore agreed to act as a test bed for the Safe Cities project, a research and development initiative led by NEC Corp., to enable government agencies to integrate and analyze data from existing sensors and network systems using advanced analytic and information sharing tools.

“Throughout partnership with NEC in the Safe City project, we hope to create and test solutions that will significantly improve the operational capabilities and efficiencies of our government agencies,” said Anselm Lopez, director of the Capability Development and International Partnerships Directorate, International Cooperation and Partnerships Division at the Singapore Ministry of Home Affairs.

The Safe City project will focus on the development of command-and-control system integration, prediction, modeling and simulation, which will influence the way information is shared among multiple sources, and ensure reliable access to real-time information to help identify potential security threats and trends.

Overall, biometric data, properly cataloged and shared with partner nations, promises to be one of the most useful tools to thwart international terrorists and criminals. Individuals with such malintent using stolen and phony passports to evade capture will have difficulty crossing border points as countries continue to enhance security using biometric technology and data sharing.