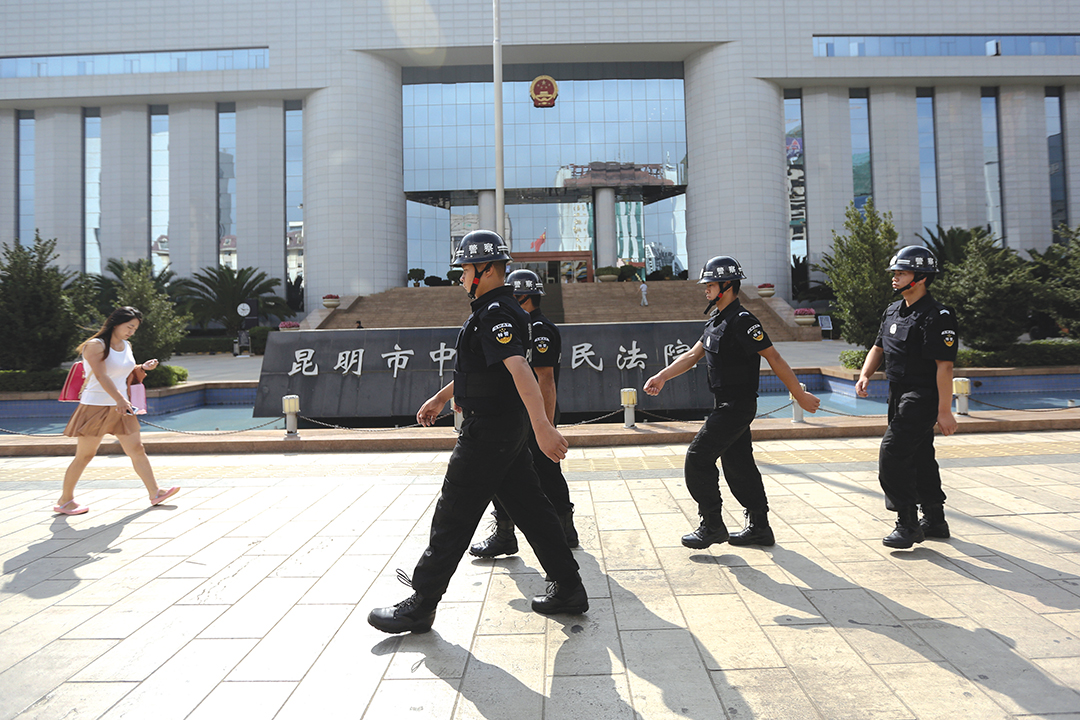 For many, the word “counterterrorism” evokes images of armed commandos and military aircraft in distant war zones. A group of international experts would like to shift this perception to also include criminal investigators, prosecutors, judges and prison officials.

The Global Counterterrorism Forum (GCTF) emerged in 2011 in response to demand from the United Nations and several countries for sharing best practices and developing lessons about responses to terrorism. A year later, a GCTF working group produced the Rabat Memorandum on Good Practices for Effective Counterterrorism Practice in the Criminal Justice System, named for the site of the group’s final consultation. The memorandum includes a discussion of 15 nonbinding practices to assist countries in addressing terrorism threats (see sidebar on page 50).

A country that seeks to use these practices must already have a criminal justice system that can handle ordinary offenses while also protecting the rights of the accused. Once that is in place, a country has a range of ways to address terror.

Consider, for example, the foreign terrorist fighter (FTF) threat. This often plays out in a four-step cycle: first, radicalization to violent extremism; second, recruitment and facilitation; third, travel and fighting; and fourth, return and integration. A range of activities, from using social media to international air travel to incarceration, are relevant to the life cycle of FTF activities.

An effective legal system should be responsive to each phase of this cycle in an effort to catch terrorists during preparation, before an attack occurs. Countries should pursue legislation to cover a broad-based system of criminal offenses, including those committed in advance of an attack, such as conspiracy, providing material support, training, incitement and solicitation (practices 13, 14). Further, some of the best investigative techniques against terrorism involve undercover investigations (practice 3) and lawful electronic surveillance of terror suspects (practice 4).

A terror suspect who is not detained before trial may be able to intimidate parties who are involved in the trial, conduct an attack, continue recruitment or flee the country. Because of this, a counterterror-capable criminal justice system will permit keeping certain terror suspects in pretrial detention (practice 7) and enact protective measures for judges, prosecutors, defense counsel and others involved in these cases (practice 1). Laws that protect against criminal evidence being prematurely or haphazardly released before trial ought to give witnesses more confidence that they can testify without fear of retribution (practice 6). A system that permits formal cooperation agreements — also known as plea bargaining — may prod suspects to provide accurate information that helps convict others or disclose terrorist plots and networks (practice 5).

Recent experience from several parts of the world teaches that some of the most fertile breeding grounds for terrorism and radicalization are in national prison systems. A responsible criminal justice sector reform cannot ignore policies for effective incarceration and reintegration (practice 11). Such policies ought to address how to prevent the direction of terrorist activities and recruitment for terrorist causes from within the prison system, proper sentences of confinement needed to deter other terrorist activity, and programs for deradicalization and reintegration to reduce recidivism.

Because terrorism is a global threat that easily permeates national borders, the most effective criminal justice systems will be interconnected with other countries. To this end, countries that have not passed laws to ease extradition and mutual legal assistance ought to do so (practice 9). The professional development of judges, prosecutors, defense attorneys, investigators and incarceration officials should be similarly well-networked so that practitioners can share effective techniques. Countries should invest in salaries, professional development, job security and physical protection to retain high-quality professionals who can execute the specialized functions of terrorism prosecutions (practice 8).

The Rabat Memorandum does not call for the enactment of a separate system of counterterrorism laws and courts. There are some possible explanations for this omission. First, a criminal justice system will enjoy more consistently good results when it is based on a known system that is understood by its practitioners, rather than a new system that feels unfamiliar and imposed. Second, the use of a counterterrorism court system may prove unpopular with the commercial sector of society, which fears that a country’s association with terrorism will result in lost tourism and business opportunities. Civil society also may be concerned that a new criminal system might interfere with civil liberties and be inconsistent with national norms. Countries should instead focus on ways to improve their existing criminal justice systems to address terrorism.

Efforts against terrorism are not limited to distant battlefields. Terrorism is increasingly a global problem requiring coordinated solutions between countries. Responses to terrorism from national legal systems — based on the rule of law, respecting human rights, incorporating good practices, and conforming to national norms and values — will increasingly be important to counterterrorism efforts.

15 Good Practices from the Rabat Memorandum: a blueprint for the criminal justice sector