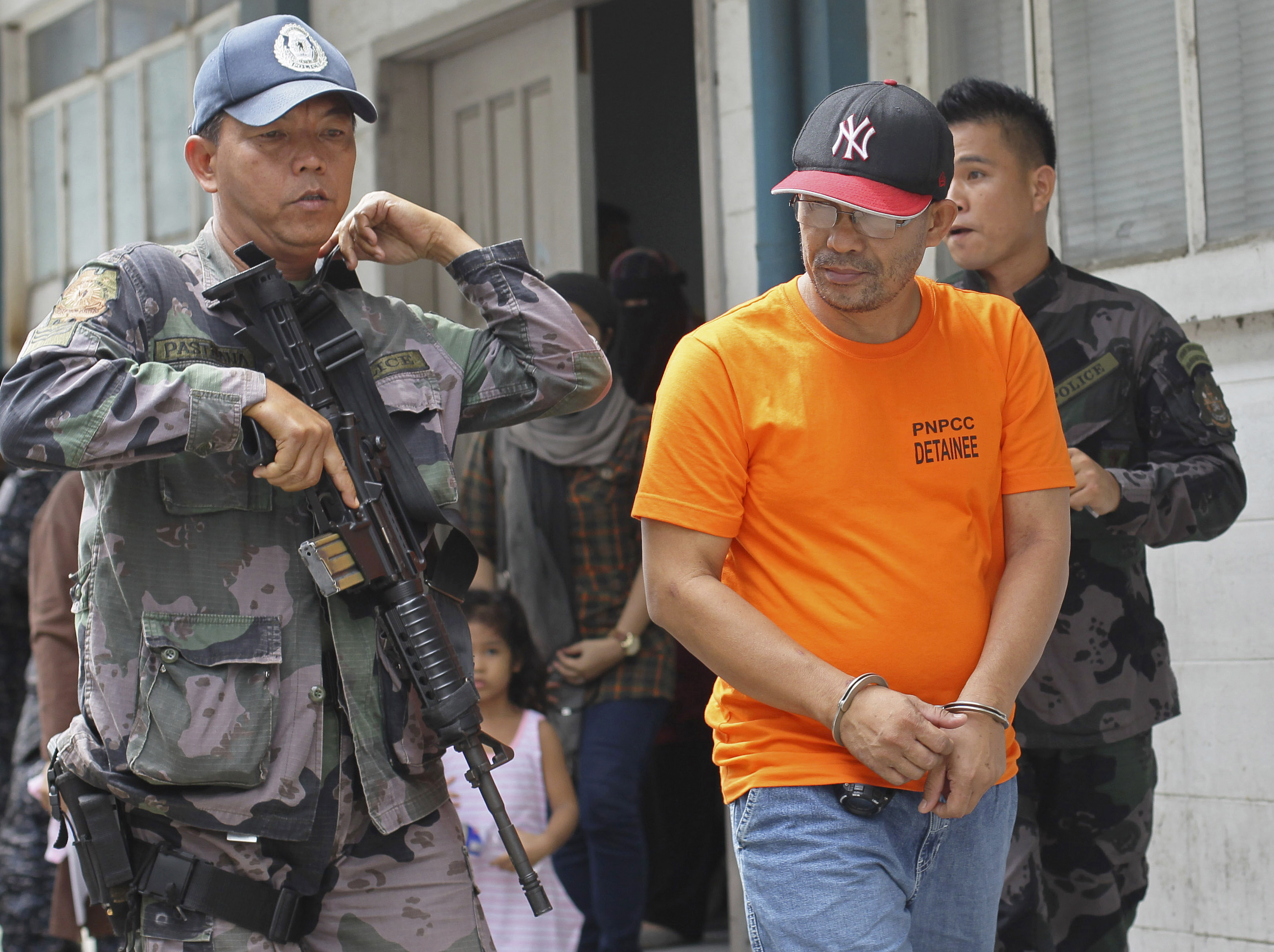 Hundreds of Philippine troops launched an offensive in September 2015 to capture at least six foreign Islamic militants and their Abu Sayyaf rebel allies in their latest attempt to crush al-Qaida-linked extremists, a military commander said.

Army Brig. Gen. Allan Arrojado said some of the about 1,000 marines and Army troops clashed with about 30 Abu Sayyaf gunmen at the start of the assault near a remote village in mountainous Patikul town in Sulu province. The militants were laying homemade bombs, one of which exploded, when the troops engaged them, Arrojado said, adding that there were no immediate reports of casualties from either side.

The six foreign militants may have come from Indonesia and Malaysia, and were believed to be providing bomb-making and other training to the Abu Sayyaf in Sulu and the nearby island province of Basilan, where they were first monitored by military intelligence agents, he said.

Seven Abu Sayyaf commanders were also targeted in the offensive in Patikul and nearby Talipao town, also in Sulu, a poor, predominantly Muslim province in the country’s southernmost region, where the Abu Sayyaf and other Muslim rebel groups and outlaws have endured on-and-off government offensives for years.

The Abu Sayyaf emerged in the early 1990s as an offshoot of a decades-long Muslim separatist insurgency in the south of the predominantly Roman Catholic country. The mostly peasant militants, however, lost their key commanders early in combat, bringing the group into a violent path of extremism and criminality.

The Abu Sayyaf is estimated to have about 400 gunmen currently, split into several factions, which mainly thrive from kidnappings for ransom, extortion and other acts of banditry. U.S. counterterrorism forces started advising and providing combat training and weapons to Filipino troops battling the Abu Sayyaf in 2002.

The U.S. military deactivated its counterterrorism task force in the south in February after helping the Philippine military weaken the Abu Sayyaf and neutralize several of their foreign supporters.