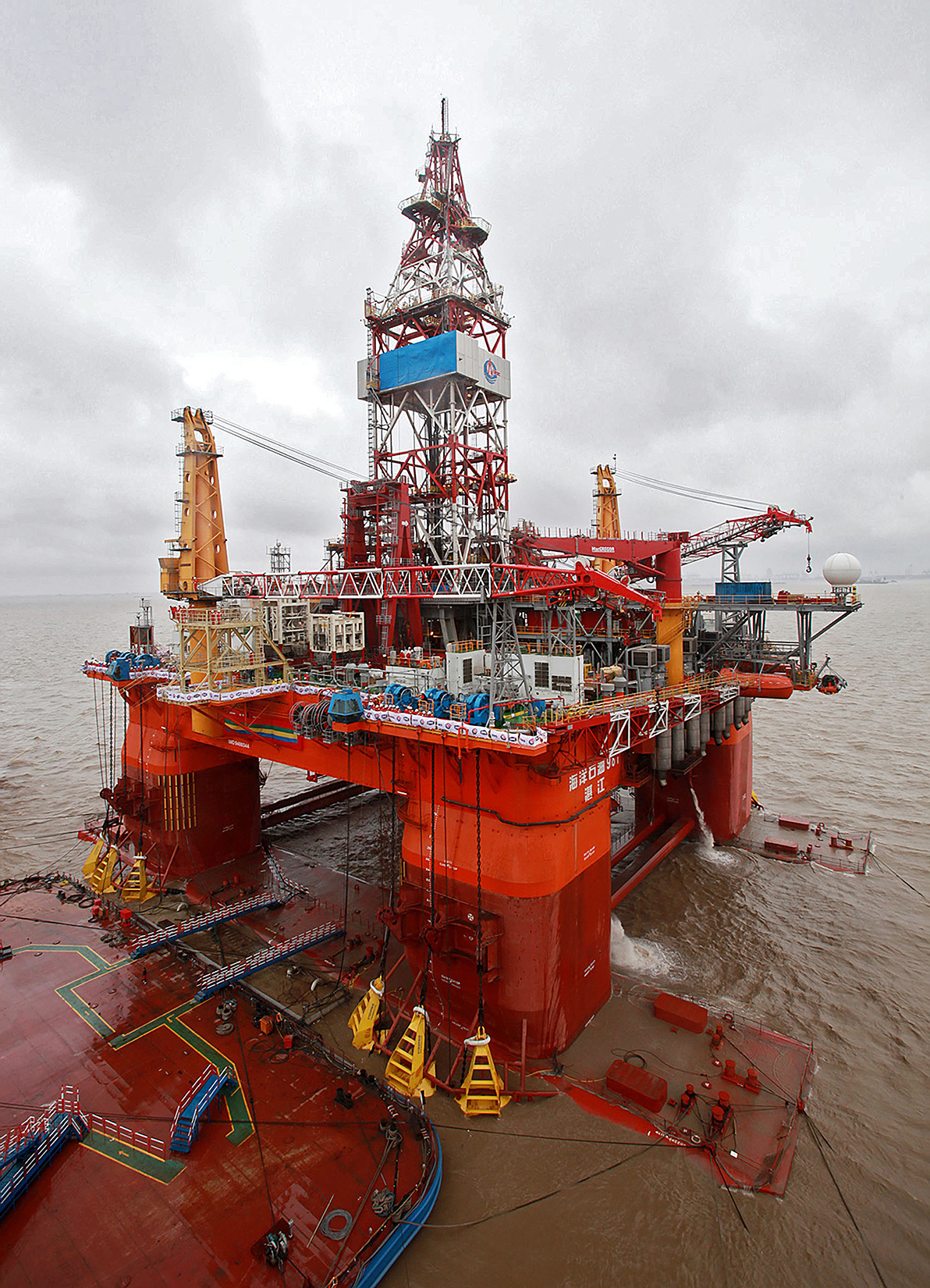 Japan is calling on China to halt construction of oil-and-gas exploration platforms in the East China Sea close to waters claimed by both nations, concerned that Chinese drills could tap reservoirs that extend into Japanese territory.

Japan’s Defense Ministry added the demand to its annual defense review after hawkish members of the ruling party complained in late July 2015 that its original draft was too soft on China, a ministry official said.

China resumed exploration in the East China Sea two years ago, the report said. In 2012, Japan’s government had angered Beijing and purchased a disputed island chain there. Before then, Beijing had curtailed activities under an agreement with Japan to jointly develop undersea resources in disputed areas.

“We have confirmed that China has started construction of new ocean [exploration] platforms, and we repeat our opposition to unilateral development by China and call for a halt,” the ministry said.

The platforms are being erected on the Chinese side of a median line delineating the exclusive economic zones of the two countries, the Japanese ministry official said.

Tokyo worries that the platforms will tap into gas fields that overlap the median line and could also be used as radar stations or bases for drones or other aircraft to monitor air and sea activity near the disputed chain of islets, known as the Senkaku in Japan and Diaoyu in China.

China’s defense and foreign ministries did not immediately respond to requests for comment on the Japanese report.

The report didn’t disclose details of the location or number of offshore platforms being erected by China.

The 500-page report, approved by Prime Minister Shinzo Abe’s government, also commented on the disputed South China Sea where Japan and other countries have criticized Chinese land reclamation projects as a threat to regional security.

For the first time, the report included satellite images of Chinese man-made islands in the South China Sea.

“China has rapidly moved ahead with land reclamation on seven reefs in the Spratly Islands and on some is building infrastructure including runways and harbors. Beginning with the U.S., this is a concern for the international community,” it said.

China claims most of the 3.5-million-square-kilometer South China Sea, with Brunei, Malaysia, the Philippines, Taiwan and Vietnam also staking claims.

Japan has no claims in the area but fears Chinese military bases there would bolster Beijing’s influence over a region through which U.S. $5 trillion in trade passes every year, much of it to and from Japan.

China has said its construction work in the South China Sea would be used for defense as well as to provide civilian services that would benefit other countries.

Japan and the Philippines have conducted two joint naval exercises in and around the South China Sea. In June 2015, Abe and Philippine President Benigno Aquino III said they would begin talks that could give Japan access to Philippine bases.

Japan has also said it may begin air patrols in the South China Sea. China said it would see that as interference.