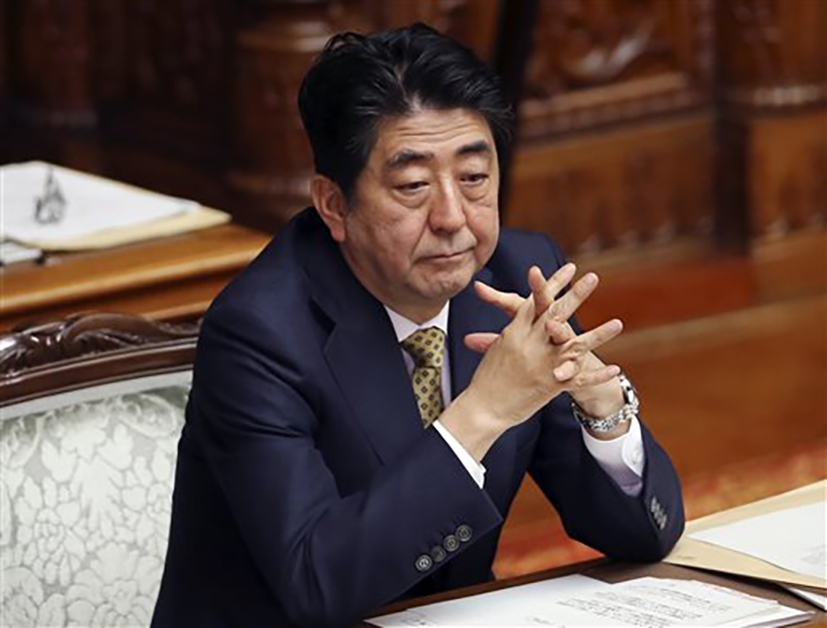 Japan emphasized China as a threat in escalating regional tensions in this year’s annual defense report as Prime Minister Shinzo Abe’s government tries to convince the public of the need to pass legislation to give Japan’s military a greater role.

The report, approved in late July 2015 by the Cabinet, was delayed for more than a week as Abe’s ruling party panel demanded mention of additional examples of China’s “one-sided” maritime activities, such as undersea gas and oil development in the East China Sea.

Abe’s ruling coalition has been pushing to pass highly contentious legislation allowing Japan’s Self-Defense Force to fight for foreign militaries even when it is not under attack, while expanding its role in international peacekeeping.

Many Japanese are wary of expanding the military because of bitter memories of Japan’s World War II defeat. Opposition lawmakers have said Abe’s party might be exaggerating the threats to drum up support for unpopular legislation that many experts have also called unconstitutional.

The 429-page white paper underscored that Japan’s security risk had worsened overall and cited continuing missile and nuclear threats from North Korea and terrorist threats from the Islamic State group as examples.

“China, particularly over conflicting maritime issues, continues to act in an assertive manner, including coercive attempts to change the status quo, and is poised to fulfill its unilateral demands high-handedly without compromise,” the report said. “Japan is strongly concerned about China’s actions, which we need to keep watching closely.”

China has been building artificial islands in the vast, resource-rich area, alarming neighboring nations. Japan has increased defense cooperation with the Philippines and has conducted joint exercises in the area. Defense Minister Gen. Nakatani has suggested that Japan could send reconnaissance aircraft to the region if the legislation is approved, though he denied any specific plans.

China’s repeated incursions into territorial waters around the disputed East China Sea islands have become routine, with larger vessels now being mobilized, the report said. The uninhabited islands are controlled by Japan and also claimed by Beijing, the report said.

Responding to demands by the national security panel of Abe’s party, the report takes special note of China’s undersea oil and gas drilling and surveying in the regional seas. In disputed waters of the East China Sea, China has been building new offshore platforms and other facilities on the Chinese side of the median line since June 2013, causing repeated protests from Japan over China’s “unilateral” development, the report said.

The segment was printed on a separate slip as an insertion, a process that held up the report’s release for about 10 days.